ApeCoin Performance Lags Behind Other Altcoins 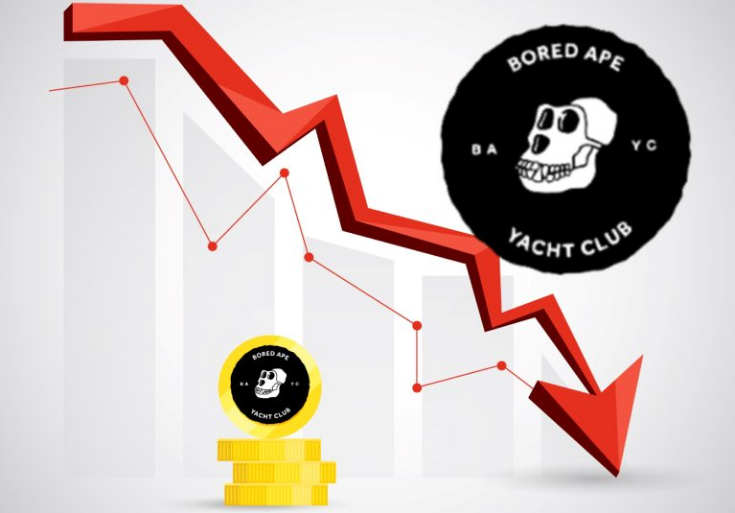 ApeCoin (APE), the Bored Ape Yacht Club collection’s native coin, has been continuously falling since the June slump, reaching a low of $3.05.

Even though APE is now trading at a premium of 6.5% over its initial price on Friday, its performance still pales in comparison to other altcoins.

As of this writing, APE is trading at $4.69, a decrease of 3.5% in the last 24 hours, according to data provided by Coingecko on Friday.

APE reversed the downtrend on the 4-hour chart after reaching $3.06 in the previous month. Nevertheless, the price encountered numerous obstacles at the $5.3 and $5.5 levels and became sluggish from there.  APE is now reevaluating the $4 support.

Further Downturn In The Offing For ApeCoin?

ApeCoin is approaching a standstill, which could initiate a reverse. Due to the possibility of a further decline in the market value of APE, investors must be wary of the downturn, which has the ability to disrupt the gains and cause further weakening.

The NFT market is one of ApeCoin’s attractions, although the market is currently displaying very dismal numbers.

After reaching $42.1 million in sales in May, BAYC NFTs have not produced substantial volume for the past two months. During this time period, the BAYC’s average volume was $2.1 million.

APE Drops More Than 80% From ATH

Since the June 30 swing low of $4.20, ApeCoin’s price has increased by around a quarter. This gain briefly surpassed the $5.02 barrier, but purchasers were unable to sustain this recent turnaround. As a result, APE moved below the mentioned level, indicating an impending downward trend.

In addition, it is vital to remember that NFT sales for the month of June barely surpassed $1.3 billion. Prior to that month, OpenSea executed around $3.1 billion worth of transactions.

In other words, APE will continue on its current course if the scenario on these aspects does not change.

Prior to the April sale of Otherdeed land by YUGA labs, the price of Apecoin followed a parabolic trend. Since then, however, the coin has been in a steep decline, falling more than 80 percent from its all-time high of $26.7.