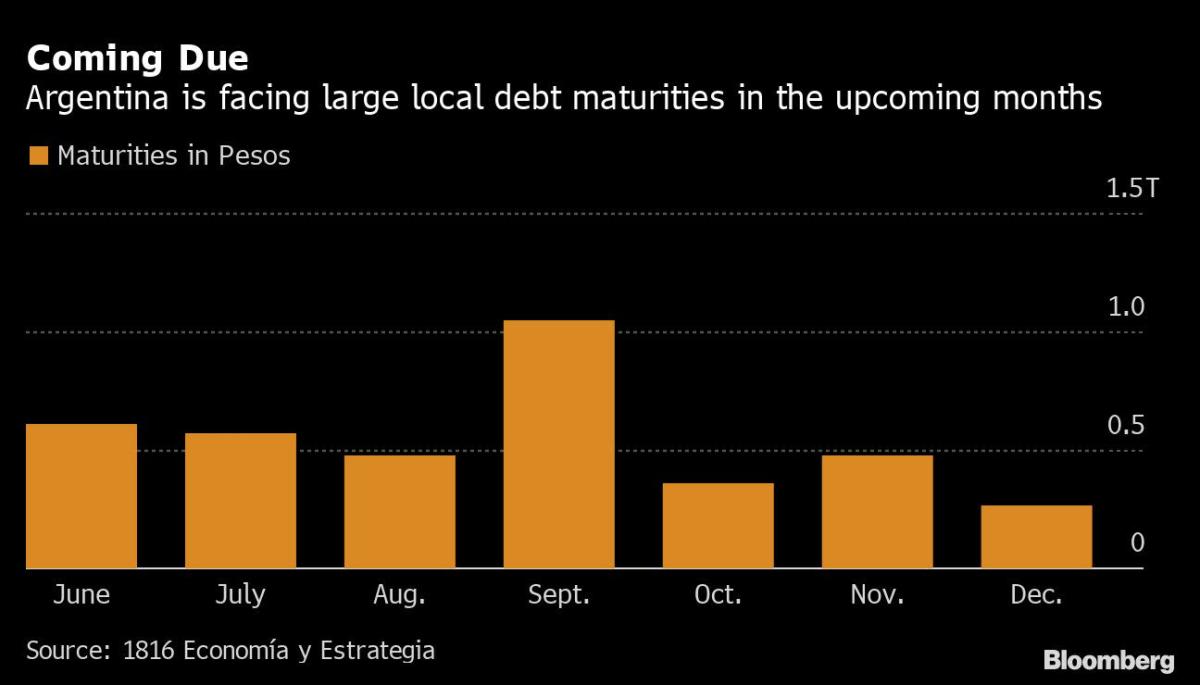 (Bloomberg) — Argentina’s central bank held its benchmark interest rate at 52%, even as inflation accelerated to its fastest pace in 30 years, and set a reference range for monetary policy.

The decision by the bank’s board came on Thursday after yields at the latest Treasury note auction rose by as much as 400 basis points to 63.5% earlier this week, according to a person with direct knowledge of the matter. Policy makers want to encourage banks to purchase Treasury notes rather than the benchmark Leliq notes that the central bank sells, the person said, asking not to be named because the discussion isn’t public.

The range will serve as a “guide” for the central bank to determine the benchmark rate and to show it remains above inflation, as requested by the International Monetary Fund, a bank spokesman said.

The measures are also intended to provide liquidity to the debt market in pesos and gradually advance in the use of Treasury instruments as monetary policy instruments, according to the statement.

“The range is wide to the point of being meaningless as a guidance. Our preliminary understanding is that the new design hints that the rate may approach the yield demanded by markets to fund the government – which would be a positive step to secure positive real rates. However, that could have been done by simply raising the policy rate. The fact that they opted to do so instead by creating a range — and one with such a low floor – adds unnecessary and inconvenient noise to what is already a turbulent market.”

The decision to maintain the key rate at 52%, reported by Bloomberg News earlier on Thursday, took financial markets by surprise because the bank was broadly expected to raise them, as it has done in recent months every time official data showed inflation accelerating.

Argentina’s consumer prices rose 64% in June from a year ago, and are expected to increase at an even faster rate in coming months after the sudden resignation of Economy Minister Martin Guzman led many businesses to jack up prices overnight last week.

Argentina has had trouble finding enough participation to roll over maturing local debt in recent auctions as many investors fear the nation’s local debt burden is unsustainable. Earlier this week, the central bank offered a put option on its local bonds to encourage banks to purchase Treasury assets. The country has a large local maturity of around 500 billion pesos ($3.9 billion) at the end of July.