Bill Gates Shares Photo Of Himself And His ‘Best Friend’ Warren Buffett: ‘I’d Flip Blizzards With You Any Day’ 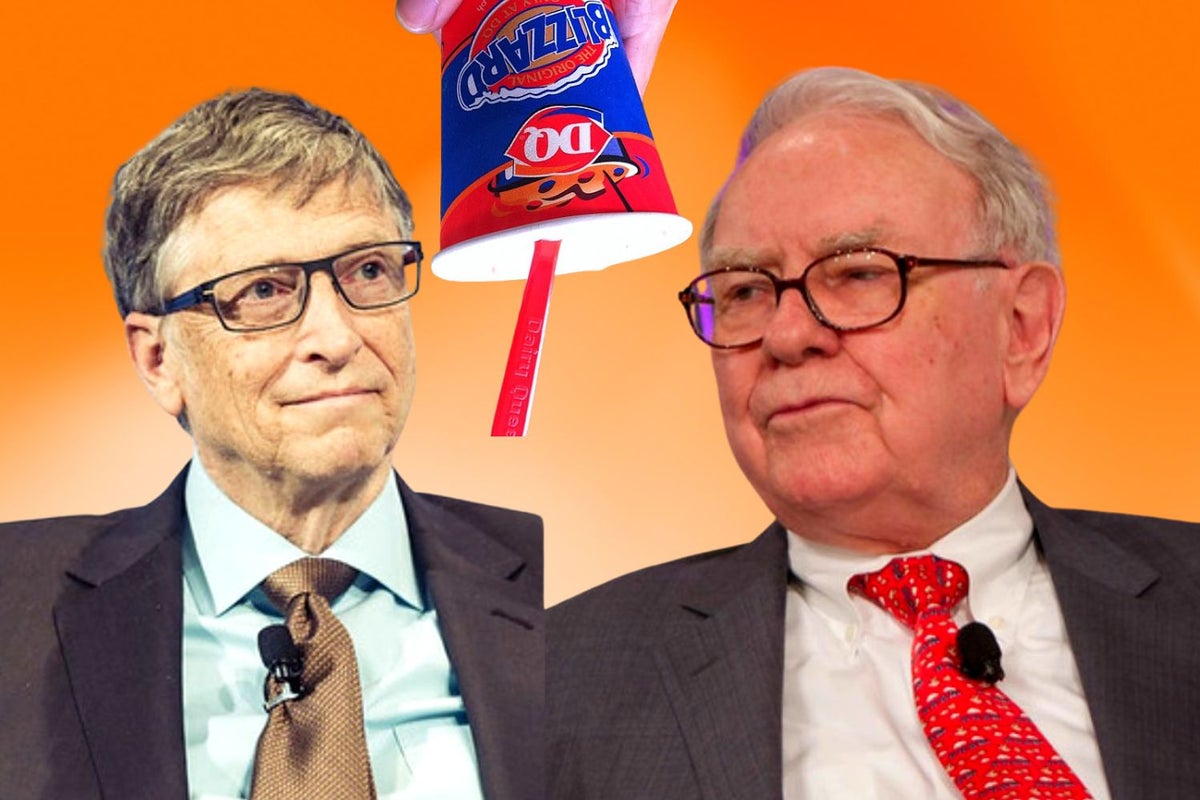 That Microsoft Corporation MSFT co-founder Bill Gates has shared a longstanding friendship with his fellow billionaire Warren Buffett is no secret.

What Happened: Gates on Saturday shared a picture of himself along with the Berkshire Hathaway, Inc. (NYSE: BRK-A) (NYSE: BRK-B) CEO holding Dairy Queen Blizzards upside down. A Blizzard is a soft-serve mechanically blended ice cream with mixed-in ingredients such as sundae toppings and brownies, and a staple on Dairy Queen’s menu since its introduction in 1985. Buffett acquired Dairy Queen in 1998 for about $600 million.

Gates captioned the picture, “Spending time with my best friend Warren never gets old. I’d flip Blizzards with you any day.”

Spending time with my best friend Warren never gets old. I’d flip Blizzards with you any day. pic.twitter.com/f2xjQJ0lJz

Related Link: Bill Gates Doesn’t Want To Be Rich Anymore: ‘I Will Move Down And Eventually Off Of The List Of The World’s Richest People’

Why It’s Important: Buffett has contributed about half of the resources under the disposal of the Bill & Melinda Gates Foundation, the tech entrepreneur said previously.

“His incredible generosity is a huge reason why the foundation has been able to be so ambitious. I can never adequately express how much I appreciate his friendship and guidance,” Gates said.

Since 2006, Buffett reportedly gave away about $35.7 billion to the foundation. Although the two are 25 years apart in age, the business titans have been friends since the 1990s. Gates was a board member at Berkshire for about 15 years.