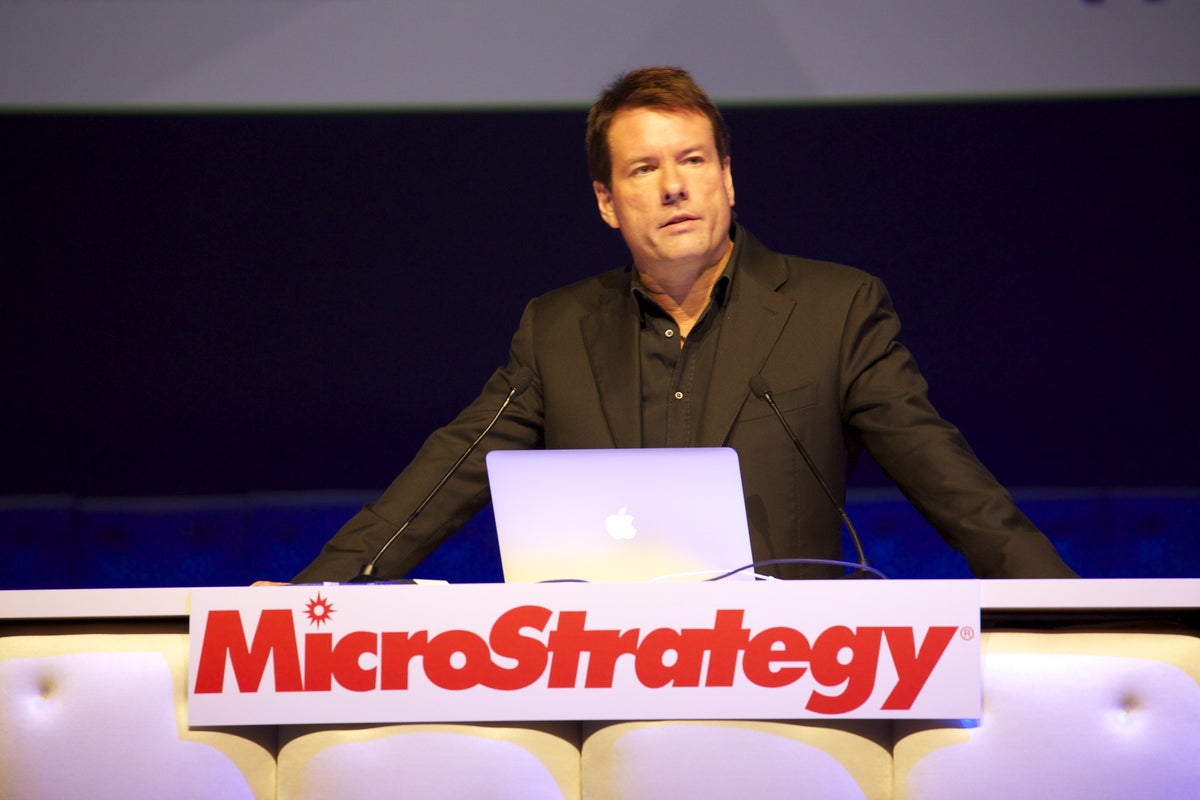 What Happened: Taleb asked on Twitter how much of the $120,000 Bitcoin holdings will MicroStrategy “have to sell?”

He said the developments at the company, which included it taking a $918 million impairment charge on its Bitcoin holdings, as “another nail in the coffin to the ‘we’ll never sell’” approach.

Why It Matters: Michael Saylor, who led MicroStrategy for 33 years, will step down and hand over the reins to Phong Le, the company’s president. Saylor will move to become the company’s executive chair.

Taleb also seemingly commented on the management swap, saying that the only thing that matters in a corporate announcement is “the announcement, not the details.”

When you spend you life in finance, you know that in a corporate announcement, the only thing that matter is the announcement, not the details. You don’t get randomly transferred.

The company holds 129,698 BTC valued at nearly $2.96 billion, which it acquired for almost $3.975 billion, according to Bitcoin Treasuries data. A portion of MicroStrategy’s Bitcoin purchases were fueled by debt, according to a prior report.

Saylor said Tuesday that as chair he would be able to focus more “on our Bitcoin acquisition strategy and related Bitcoin advocacy initiatives, while Phong will be empowered as CEO to manage overall corporate operations.”

Price Action: On Tuesday, MicroStrategy shares closed 0.9% higher at $278.26 in the regular session. At press time, over 24 hours, Bitcoin traded 0.6% lower at $22,849.46 according to Benzinga Pro data.
Read Next: Betting Against Bitcoin And Michael Saylor: Could MicroStrategy See A Short Squeeze?