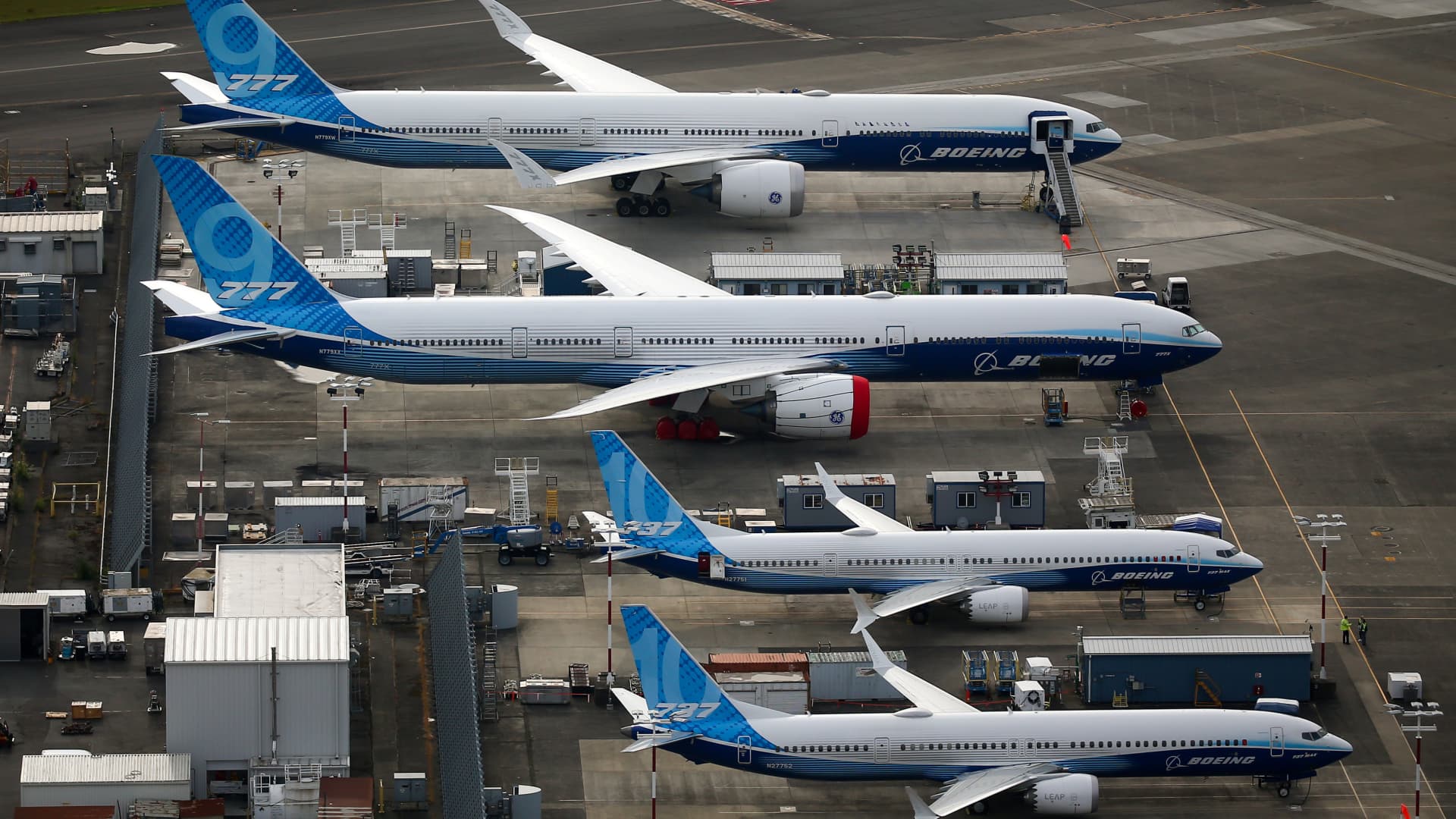 Boeing on Wednesday stuck by its forecast to return to free cash flow this year as it prepares to resume deliveries of its 787 Dreamliner planes after manufacturing flaws paused deliveries for much of the past two years.

The company’s second-quarter results fell short of analysts estimates. Weakness in its defense unit dragged down results, but was partly offset by strength in its commercial airplane unit. Aircraft deliveries rose to 121 in the second quarter from 79 a year ago, while commercial aircraft revenue climbed 3% to more than $6.2 billion.

The company is fresh from winning high-profile orders at the Farnborough Airshow in the U.K. like those for 100 737 Max 10s from Delta Air Lines. Boeing and rival Airbus’ customers have been benefiting from a rebound in travel after demand for flights slumped during the Covid pandemic.

Here’s how the company performed compared with analysts’ estimates complied by Refinitiv:

Boeing swung to operating cash flow of $81 million in the quarter after burning $483 million in the same period last year. The Arlington, Virginia-based company posted net income of $160 million, down 72% from a year earlier on revenue of $16.68 billion, which was down 2% from the second quarter of 2021.

CEO Dave Calhoun earlier this month said the company is producing an average of 31 737 Max jetliners each month. He said Boeing won’t raise production too quickly because of supply chain and labor constraints. Rival Airbus has expressed similar concerns.

“Even with demand high, we won’t chase production rates or push our system too fast,” Calhoun said in a staff note Wednesday. “With safety and quality at the forefront, we will prioritize stability and predictability.”

He also reiterated that Boeing is “in the final stages” of preparations to resume deliveries of its wide-body 787 Dreamliners, which have been paused for more than a year because of production flaws.

In January, Boeing said the issues would cost it $5.5 billion, including $2 billion in irregular manufacturing costs as it dialed back production to avoid a pileup of inventory. The company recorded $283 million of that in the second quarter.

A return of 787 deliveries is key for Boeing because customers pay the bulk of an aircraft’s price when they receive the planes, though the company warned it will likely have to compensate airlines for the delivery delays.

On a call with analysts Wednesday, Boeing’s CEO said the company is working toward getting its Max 7 and Max 10 models, the smallest and largest in the family, respectively, certified by the FAA by the end of the year. Delays without exemptions could force Boeing to add new cockpit alerting systems under legislation that tightened aircraft certification requirements after fatal crashes of the Max in 2018 and 2019.

The company’s defense unit revenue dropped 10% from a year ago and Boeing took a $147 million charge on its MQ-25 unmanned refueler because of higher costs.

The company also took a $93 million charge for its Starliner astronaut capsule, which brings the program’s overrun costs to $688 million to date. Boeing successfully completed the second uncrewed Starliner flight test in May, and is now preparing for its first launch with astronauts next.

Boeing shares are down more than 22% so far this year through Tuesday’s close. The stock was up more than 1% in morning trading Wednesday after the results were released.