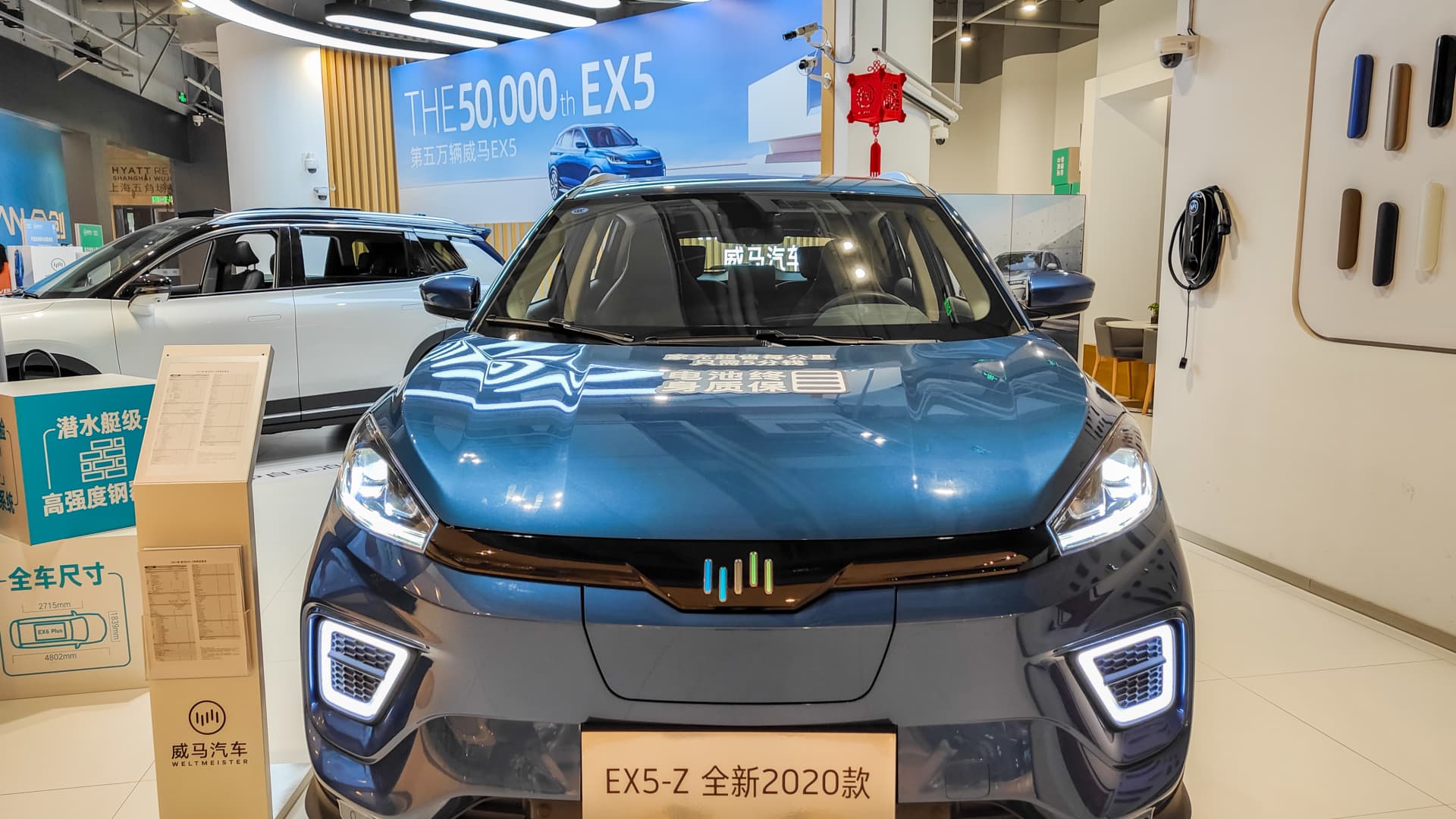 Chinese electric car company WM Motor, or Weltmeister, filed Wednesday to go public in Hong Kong. Pictured here is one of the company’s cars in a shopping mall in Shanghai.

Also known as Weltmeister, the electric car company disclosed its annual losses doubled over the last three years to 8.2 billion yuan ($1.2 billion), while revenue more than doubled during that time, rising by about 170% to 4.7 billion yuan in 2021.

The public version of the filing did not include pricing information.

Although China’s electric car market is the largest globally and a fast-growing one, automakers such as BYD and Tesla dominate sales. Chinese start-ups such as Nio and Xpeng — both listed in the U.S. and Hong Kong — have made headlines, but still have a small portion of the market.

WM Motor has sold even fewer cars. The company said in the filing that as of Dec. 31, it has sold 83,495 electric cars since its first model launched in September 2018.

WM Motor CEO Freeman Shen told CNBC in January he expected demand for electric vehicles in China this year to nearly double from last year. He said, however, chip shortages and Covid-related supply chain disruptions would increase costs for companies making the cars.

The company said in Wednesday’s filing its competitive advantages include a focus on the mainstream market, self-owned manufacturing facilities and strong research and development capabilities.

As of the end of last year, the filing showed WM Motor spent 20.7% of revenue on research and development, while Xpeng reported it spent 19.6% of revenue on such research.

However, Xpeng has more than triple the headcount at 13,978 employees versus WM Motor’s 3,952, filings showed for the end of last year.

WM Motor said it had 1,141 employees in research and development, or 28.9% of a total headcount. Manufacturing workers accounted for the greatest share, at 54.1%.

For comparison, Xpeng said its sales and marketing team accounted for the greatest share of its employees, at 45%. A total of 5,271 research and development employees accounted for 38% of headcount.