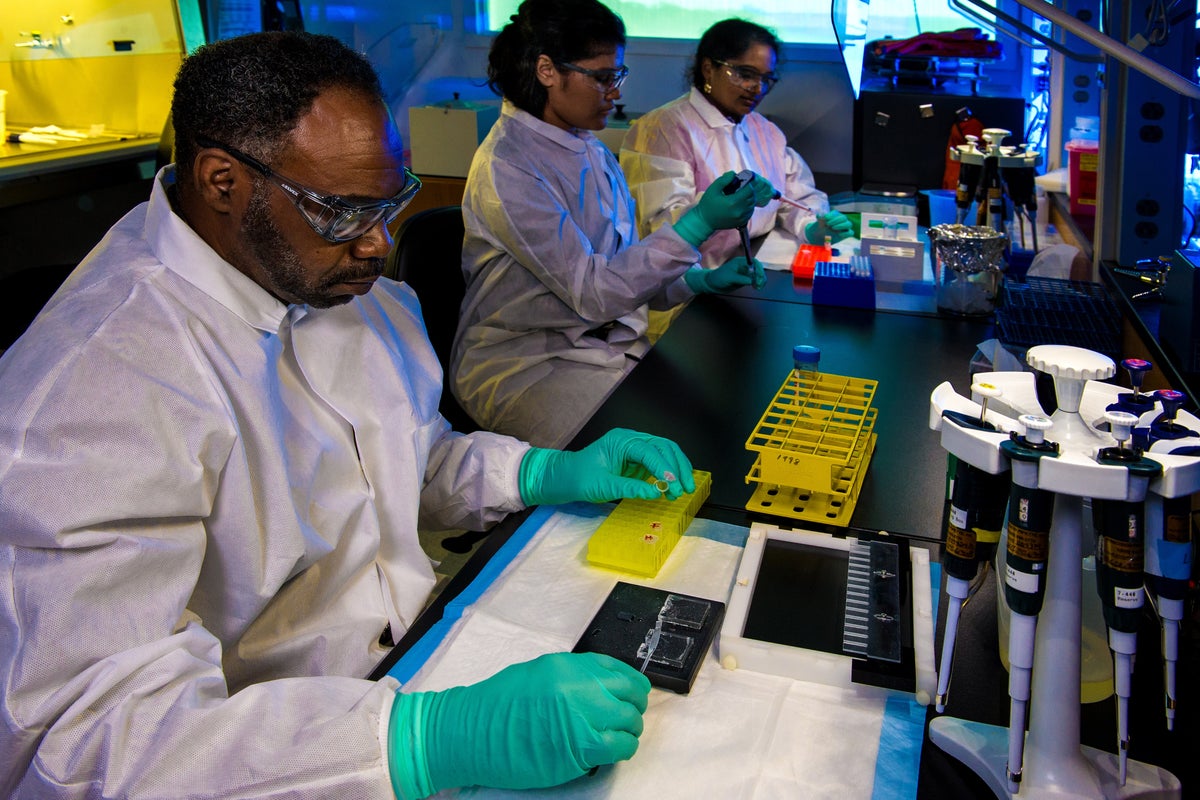 Here’s a roundup of top developments in the biotech space over the last 24 hours:

VistaGen Therapeutics Inc VTGN has announced topline results from its PALISADE-1 Phase 3 trial of PH94B for the acute treatment of social anxiety disorder.

PH94B did not achieve its primary endpoint, as measured by change from baseline using the Subjective Units of Distress Scale compared to placebo.

The tolerability profile of PH94B in PALISADE-1 was favorable and consistent with previously reported trials.

Shares are slipping 69.2% at 33 cents during the premarket session.

The combined company will focus on neffy, ARS’s investigational epinephrine nasal spray for Type I allergic reactions, including anaphylaxis.

The combined entity is expected to have approximately $265 million in cash, cash equivalents, and marketable securities at closing.

Liminal BioSciences Inc LMNL will discontinue the development of fezagepras based on results from the Phase 1a single ascending dose trial, which indicated that fezagepras was significantly inferior compared to Sodium Phenylbutyrate as a nitrogen scavenger.

The recommendation to stop the development program for fezagepras was not based on safety concerns.

The European Medicines Agency’s Committee for Medicinal Products for Human Use adopted a “positive opinion” recommending Bavarian Nordic A/S’s BNVRY smallpox vaccine, Imvanex, be authorized to include protection against monkeypox on its label.

Bavarian Nordic said the regulator asked it to submit more data to expand its market authorization in light of the growing monkeypox outbreak.

Vertex Pharmaceuticals Incorporated VRTX plans to advance the selective NaV1.8 inhibitor VX-548 into Phase 3 trials in the fourth quarter of 2022.

Vertex also intends to initiate a Phase 2 dose-ranging study of VX-548 in neuropathic pain by the end of this year.

In addition, the FDA has granted VX-548 Breakthrough Therapy Designation for the treatment of moderate-to-severe acute pain.

Cellectar Biosciences Inc CLRB: Implementing a reverse stock split based on one share for every ten shares.