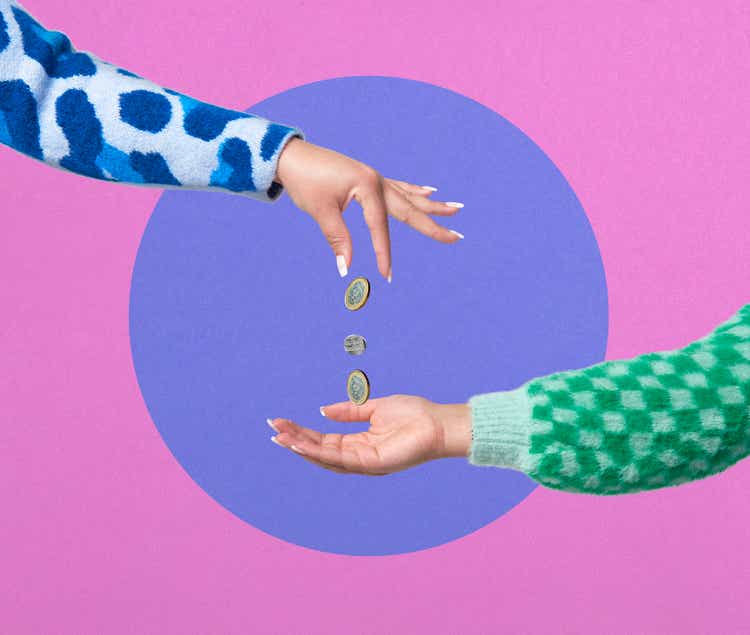 The iShares U.S. Dividend and Buyback ETF (BATS:BATS:DIVB) really goes out on a limb with its mandate: stocks that pay dividends and/or do buybacks. I wouldn’t be surprised if every S&P 500 (SPY) stock does either one or the other, so what makes DIVB special? The answer is not a whole lot, except that at least the DIVB gives you a way to get large-cap exposure, but with a little less emphasis on mega-cap stocks as you’d get in a value weighted fund. Focusing on the less sexy bracket of large cap more, the P/E of the ETF gets pretty low. The portfolio dividend yield is low, so buybacks would have to matter a lot to create shareholder return. With this ETF experiencing pretty weak declines YTD, on average we’re not that impressed by the additional return potential for buybacks. DIVB doesn’t look particularly compelling.

The structure of this ETF looks a lot like the standard S&P representation. If we compare the sectoral breakdown of the iShares Core S&P 500 (IVV) with the DIVB, you can see the order and size of the exposures are rather comparable.

What that basically tells you is that the DIVB mandate barely adds any value from the straightest US index fund. You can confirm this by looking at the top holdings.

Typical mega-cap exposures occupy the top ranks of the holdings like Apple (AAPL) and Microsoft (MSFT).

The DIVB is fairly unremarkable for the most part, since its mandate is so catch-all that not much idiosyncratic exposure happens. But it does achieve one thing which investors might be interested in, which is that while it imitates a typical large cap allocation, it does focus less on the mega-cap stocks and more on the middle-of-the-pack large cap exposures. Even looking at the sectoral exposures, you can see this effect in action. There is less allocation to IT, which is where a lot of the mega-cap exposures are. Also the DIVB has more banking exposures, which as of the last couple of decades have receded in the mix of overall market value thanks to the financial crisis and a weak rate environment the last several years. Those are more middle-of-the-pack large cap exposures.

The DIVB has also more communication exposures than the IVV. This comes down to the fact that AT&T (T), Lumen (LUMN), Verizon (VZ) and others all have pretty generous dividend yields and buyback policies, and are all pretty large-cap. These are pretty resilient industries, especially to economic downturn, even if they have their issues with industry structure that make them a little less compelling on an individual basis. Communication and healthcare are certainly better exposures to have up the sector list than consumer discretionary, which is exposed to recessionary forces, with DIVB at a 9% versus a 12% exposures in IVV. The DIVB is also a little more focused on consumer staples by about 1%.

Overall, the DIVB is probably a little safer in a downturn than the straight IVV. It ends up weighting a little more to the conservative side of large-cap. However, besides a slight skew towards the center of the large-cap pack, there isn’t much on offer here. We pass on DIVB.

While we don’t often do macroeconomic opinions, we do occasionally on our marketplace service here on Seeking Alpha, The Value Lab. We focus on long-only value ideas, where we try to find international mispriced equities and target a portfolio yield of about 4%. We’ve done really well for ourselves over the last 5 years, but it took getting our hands dirty in international markets. If you are a value-investor, serious about protecting your wealth, us at the Value Lab might be of inspiration. Give our no-strings-attached free trial a try to see if it’s for you.