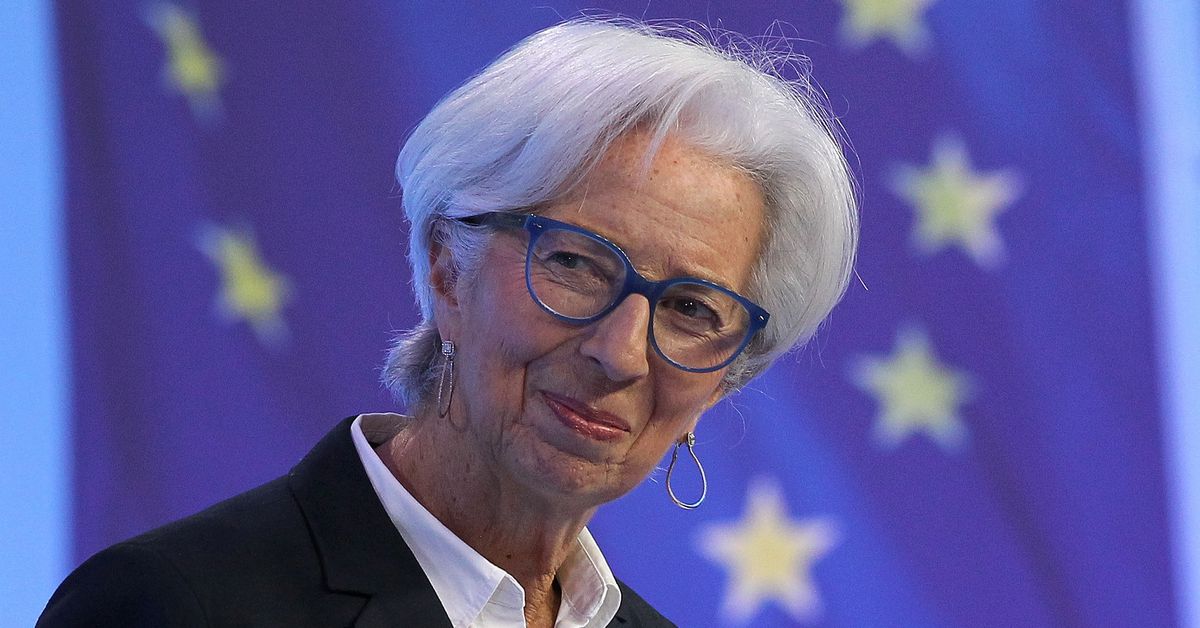 LONDON, July 18 (Reuters Breakingviews) – European Central Bank President Christine Lagarde will soon unveil a new “anti-fragmentation” tool to control euro zone government bond yields. In doing so, she must address two key questions: how the ECB will determine that a country’s borrowing costs have reached a level unjustified by its economic situation, and what the central bank will do about it. If Lagarde has time to review the continent’s past exchange rate crises, she should refrain from being too specific.

In the early 1990s, central bankers and finance ministers learned about speculative attacks the hard way. Before the introduction of the euro, European countries maintained partially fixed exchange rates; their currencies could only move 2.25% above or below a certain level. During times of financial stress, central banks would intervene to defend the rate.

Limited foreign exchange reserves tempted investors to test the mechanism. Britain crashed out of the system in September 1992. France only avoided the same fate the following year after the German central bank intervened to prop up the franc.

The arrival of the euro ended the risk of exchange rate crises within the European Union. Nevertheless, the lessons remain: to avoid speculative attacks, it’s best to be vague and flexible.

The ECB has already demonstrated this. The announcement on June 15 that it would create a new tool, likely to take the form of a specific bond-buying programme, pushed down government bond yields. The spread between 10-year German government bonds and the equivalent Italian securities fell from 2.42% to less than 2% in a few days, although it widened again after the Italian government collapsed.

Some European central bankers however seem determined to limit the ECB’s room for manoeuvre. Bundesbank President Joachim Nagel wants to impose economic and fiscal conditions on the country whose yields are rising. But then the ECB wouldn’t be able to intervene quickly to counter market turmoil.

Others like Ignazio Visco, Italy’s central bank governor, have said that a difference of more than 2% between German and Italian 10-year government bond yields would be unjustified. But targeting a specific number would force the ECB to act even if, for example, a new government in Rome threw fiscal restraint out of the window.

Lagarde would be in a better position if the ECB hadn’t decided to stop its asset-buying programmes earlier this year. Her best option is to remember the lessons of the 1990s, and keep the details of her tool as vague as possible.

(The author is a Reuters Breakingviews columnist. The opinions expressed are his own.)

The European Central Bank is expected to outline on July 21 the details of the “new anti-fragmentation instrument” it announced last month to help control rising yields in some of the monetary union’s weakest economies.

“The pandemic has left lasting vulnerabilities in the euro area economy” which contribute to the “uneven transmission of the normalisation of … monetary policy” in the euro zone, the ECB’s governing council said on June 15.

The ECB also earlier announced that it would raise its key interest rate by 0.25% at this week’s meeting. It has been set at minus 0.5% since September 2019.

Opinions expressed are those of the author. They do not reflect the views of Reuters News, which, under the Trust Principles, is committed to integrity, independence, and freedom from bias.