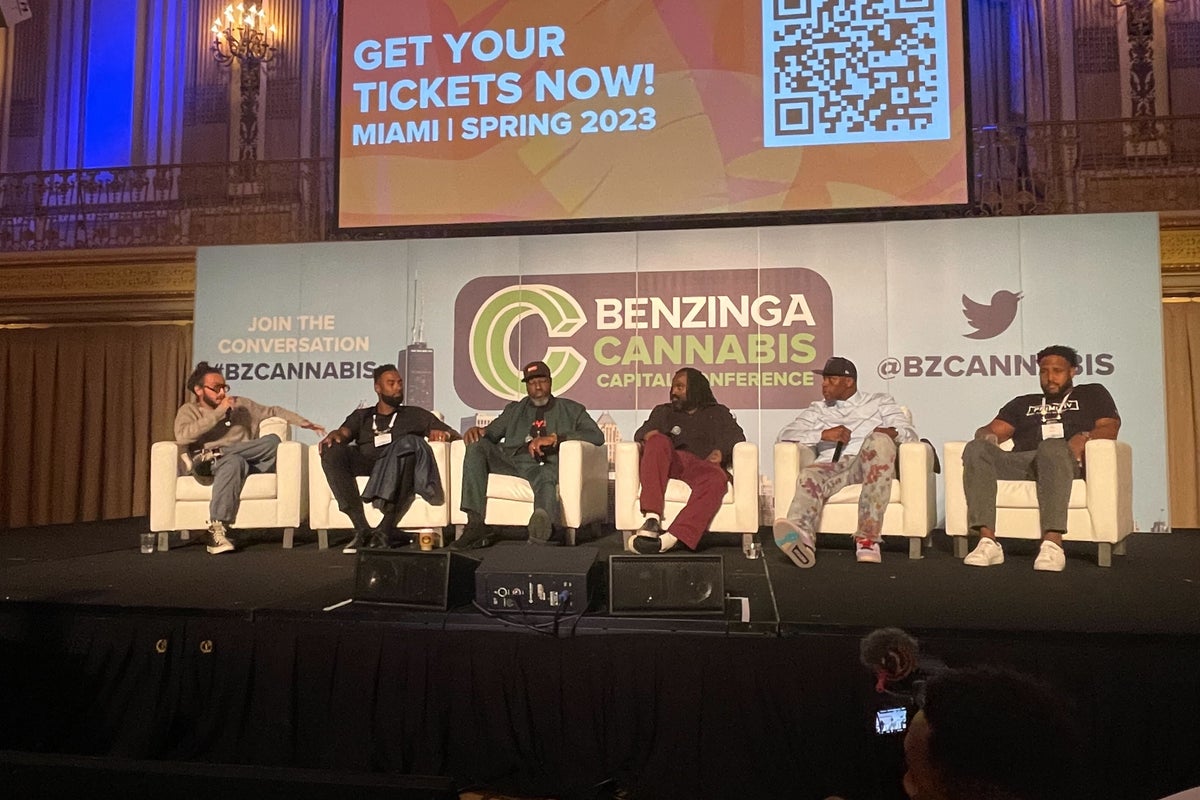 Calvin “Megatron” Johnson, Ben Wallace, Ricky Williams, Rob Sims and Al Harrington were at the Benzinga Cannabis Capital Conference in Chicago on Wednesday to talk about the business of cannabis, as well as the use of it.

What Happened: High Times Editor Jon Cappetta asked the panel of former NFL and NBA athletes if they used cannabis while in their respective leagues.

“Yeah, for sure,” Johnson said, “at least for me, I saw what opioids did to my family members, and cannabis was the only other thing that could relieve some of the pain.”

Each of the former athletes has entered the cannabis industry with their own business.

Johnson and Sims started Primitiv Group, an entity dedicated to the advancement of cannabis as a form of elevated wellness, believing that the plant holds incredible potential as a healing agent.

“It works, and it works fast — and it doesn’t last long,” Wallace said, explaining the benefits of cannabis over traditional pain medication. “I got into marijuana to get away from the pills and alcohol,” Wallace told Benzinga after the panel ended.

Wallace opened Detroit-based Undrafted, a cannabis brand that offers multiple strains and merchandise. “Cannabis has been a lifesaver,” he continued.

Harrington has Viola, a multi-state cannabis brand, named after his grandmother, with a footprint in California, Colorado, Michigan, Oklahoma, Oregon and Washington. The company generated about $20 million in revenue in 2021.

Harrington told a story about the medicinal benefits of cannabis: his grandmother had an eyesight issue that he was convinced could be helped in part by consuming the substance.

“I checked on her [after we smoked] and she was looking down at her Bible — she looked up at me with tears in her eyes and said, ‘I’m healed’. She had not been able to read the words in her Bible for three years before she tried it.”

Why It Matters: With marijuana now legalized for recreational use in 19 states and counting, plus 37 states for medicinal purposes, the American conversation is changing rapidly.

Cannabis remains a banned substance in the NBA, NFL and MLB, but athletes are increasingly speaking out, advocating for its legalization in the major professional leagues.

Kenyon Martin, a former basketball player for the Denver Nuggets, said that 85% of NBA players consume marijuana. Nearly 90% of NFL players, according to former Dallas Cowboys player Martellus Bennet, use it to relieve pain.