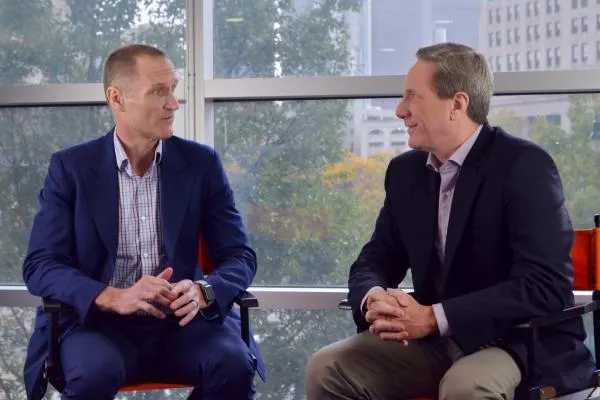 Loup Ventures is a tech centered hedge fund with a keen focus on frontier tech companies — or companies pushing the boundaries of technological capabilities.

Managing partner Gene Munster caught up with PreMarket Prep host Joel Elconin Friday to discuss his thoughts on big tech’s second-quarter earnings season, his outlook for the remainder of 2022 and his top tech picks for 2023.

“Our expectation is that we probably get another 5% pullback,” Munster said, speaking about the broader markets.

“We don’t think we’re going to get the 5% pullback probably for another few weeks — from our perspective, in the middle of September, we’re going to start to see anxiety amongst investors.”

Elconin asked Munster his overall thoughts on the second quarter in the tech sector.

“It was negative,” Munster said. “There were very few bright spots; some good news from Alphabet Inc GOOG GOOGL, and Apple Inc AAPL with their iPhone demand, but more broadly, it was negative. Despite the move higher in the market, [I think] there’s still another move down, and another move up substantially in 2023 as I think the fundamentals begin to actually improve.”

Read more: EXCLUSIVE: Should We Have Seen Trouble In The Markets? Ryan Detrick Says Yes, And Here’s Why

Elconin asked Munster for longer-term investment ideas for 2023 — and stocks that are on Loup Ventures’ radar.

“A couple of the stocks that would be safer are Google, it’s the option of the internet; they proved it last quarter. Second, as much as I don’t like its products, but the stock outperforms most stocks, Meta Platforms Inc META. They’ve been through a lot, had a lot thrown at them. I think if they pull back some of the spending on the metaverse I think it will be positive, or the metaverse is going to work and that is going to be positive,” Munster said.

Munster offered a few other stock ideas as well.

“There’s a company we like called Farfetch Ltd FTCH — it’s a $3-billion market cap company. They’re based in the U.K., they do high end luxury retail. We think it can do exceptionally well next year.”

Elconin asked if there is anything Munster is avoiding.

“We sold Netflix, and it has gone up since we sold it. Our general thought is that, when you talk about big tech and the ability to diversify, or their ability to have these moats; I don’t think Netflix has the moat. The ad-based model is good, but it is not a moat.”

This story is not intended as investment advice. Watch the full interview here: