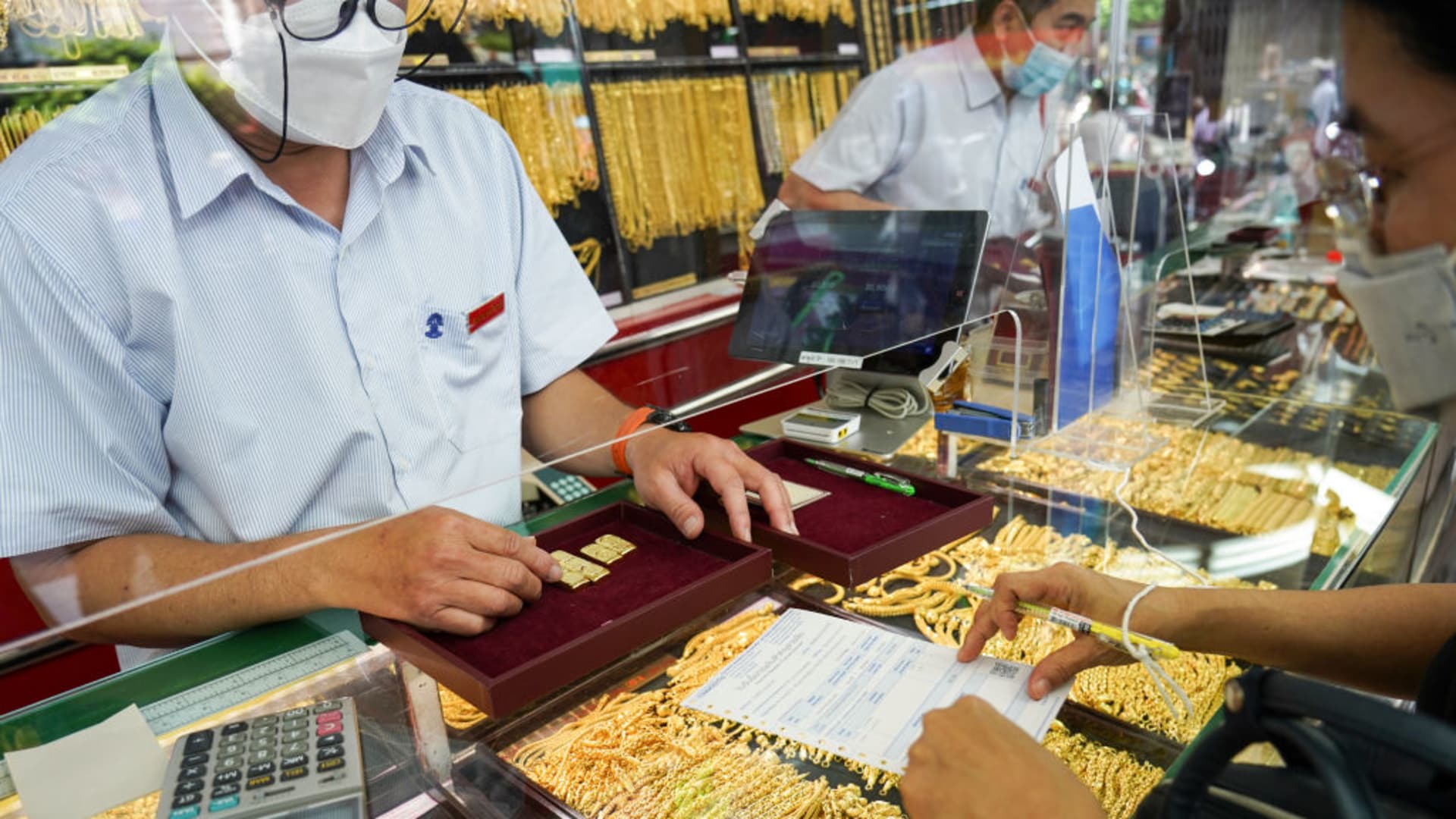 A gold seller checking the weight of gold bars before trading at a gold shop in Chinatown, Bangkok, Thailand, 10 March 2022. Gold prices fell on Thursday to their lowest in nearly a year, as an elevated U.S. dollar and prospects of more interest rate hikes by major central banks to combat soaring inflation weighed on bullion’s appeal.

Gold bounced off a one-year low, gaining over 1% on Thursday, benefiting from some safe-haven interest amid economic concerns as the dollar eased.

Helping gold’s uptick, the euro jumped against the U.S. dollar before paring gains, after the ECB raised interest rates by more than expected as concerns about runaway inflation trumped growth considerations, even while the euro zone economy reels from the impact of Russia’s war in Ukraine.

The dollar eased, making gold more attractive for overseas buyers. Bullion competes with the dollar as a safe haven.

But overall, gold has declined over $380 since early March as the dollar’s recent rally added to headwinds from aggressive rate hikes, which decrease the opportunity cost of holding the non-yielding asset and dim its safe-haven lure.

“Gold remains caught between elevated inflation, growing concerns over a recession and a flight to quality on the one hand, but sharp rate hikes, a strong USD and seasonally weak demand on the other,” said Standard Chartered analyst Suki Cooper.

Focus was now on the U.S. Federal Reserve, expected to raise rates by 75 basis points next week.

“Given how quickly the market has priced in a 75 bps rate hike, gold could benefit from a short term relief rally if the Fed hikes by 75 bps … but the longer term trend still looks to be to the downside,” Cooper added.