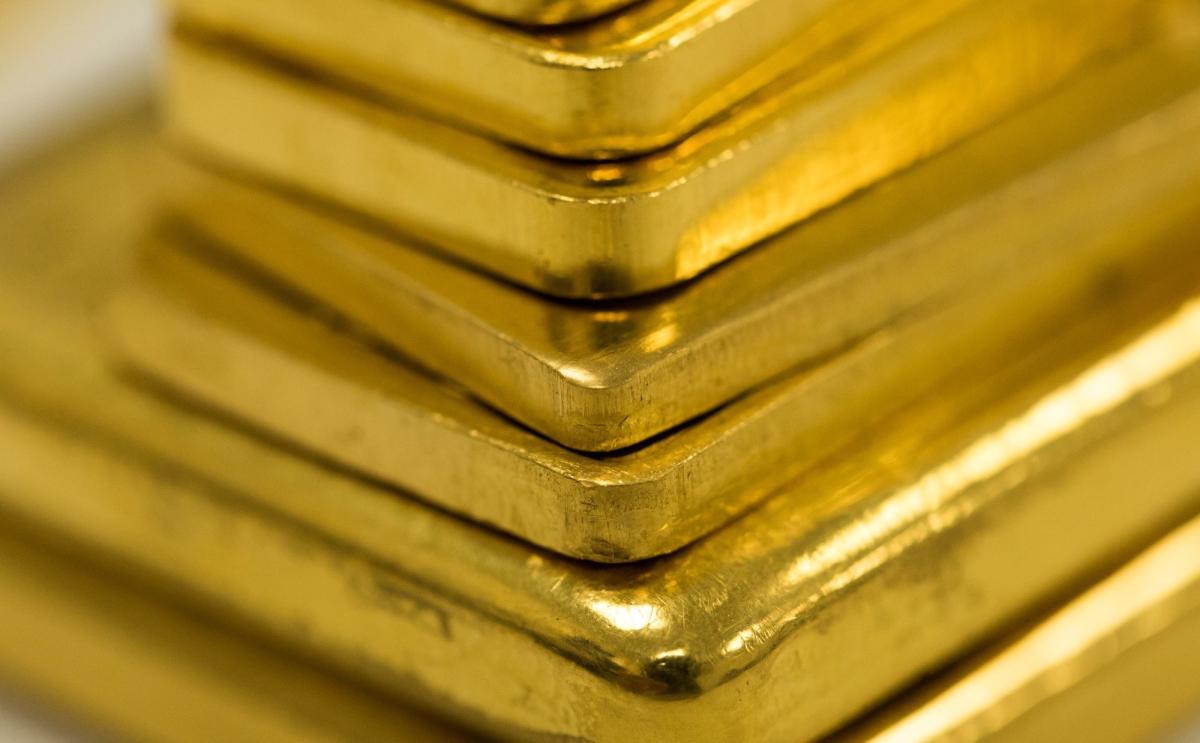 (Bloomberg) — Gold advanced to the highest since late August, as the dollar weakened and expectations firmed for a super-sized interest rate increase from the Federal Reserve later this month.

Bullion has risen from around $1,700 an ounce earlier this week, a level one senior market analyst described as a “danger zone” as it could lose investor support should it fall below that level. Gold rose as much as 1.2% on Friday to head for the first weekly gain in four.

Federal Reserve Chair Jerome Powell said Thursday the central bank needed to “act now” and “forthrightly” to bring inflation under control, boosting the prospect of a 75 basis point hike when it meets on Sept. 21-22. Expectations also grew that the European Central Bank will lift rates by the same amount in October.

The Bloomberg Dollar Spot Index tumbled 0.9%, after surging to the highest on record earlier this week.