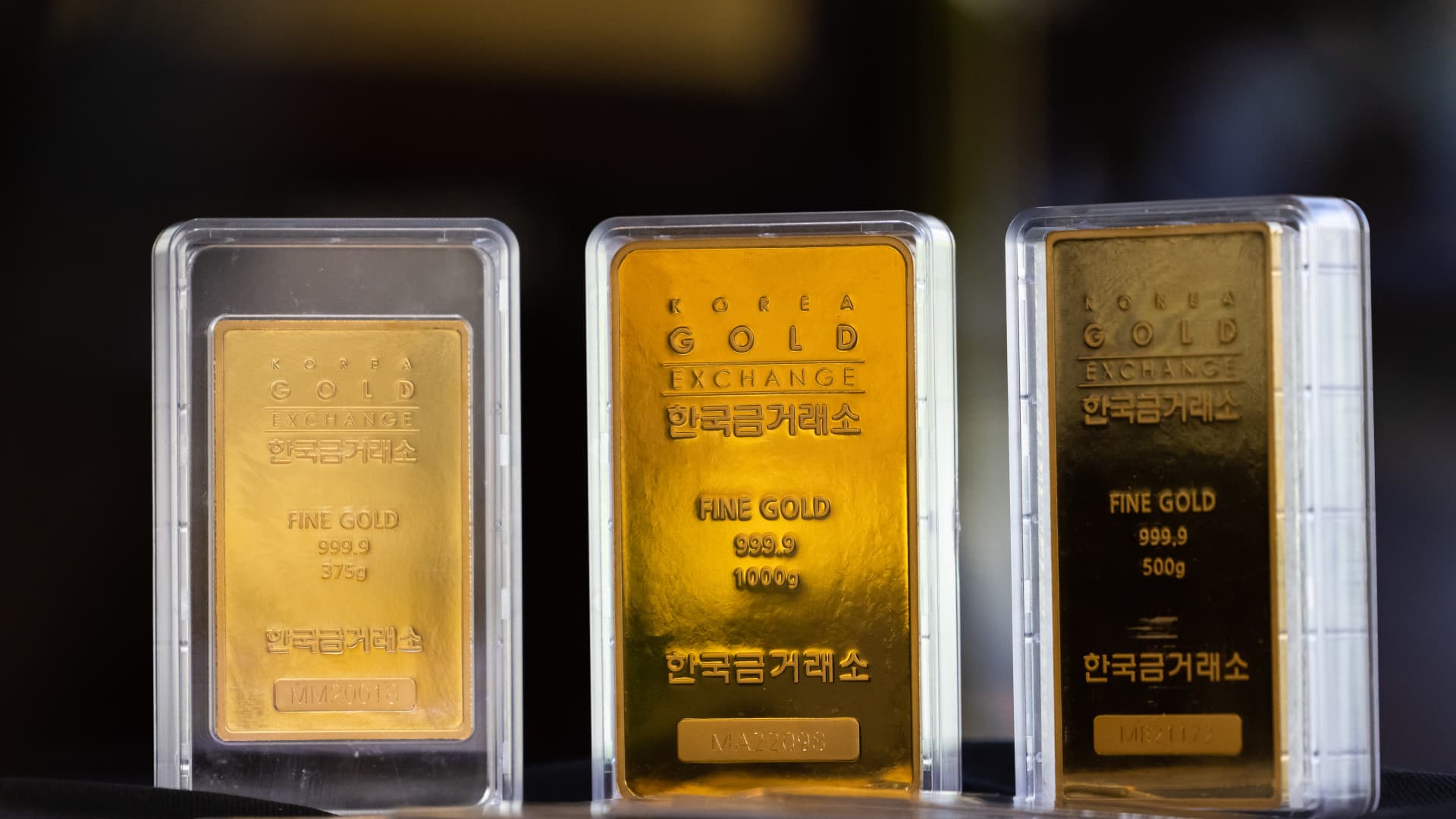 Gold bars arranged at the Korea Gold Exchange store in Seoul, South Korea on March 2, 2022. Gold edged lower on Tuesday due to a slightly stronger dollar, but prices were stuck in a tight range as investors refrained from making big bets ahead of key central bank meetings.

Gold inched higher on Tuesday, helped by a pullback in the dollar, as investors braced for cues on the pace of interest rate hikes from major central banks this month.

The dollar index was down 0.7%, making bullion cheaper for overseas buyers.

“A pullback in the dollar is alleviating some of the pressure we have seen across the commodity complex and gold,” said David Meger, director of metals trading at High Ridge Futures.

“As global central banks around the world begin to raise interest rates to stave off inflation. We see headwinds for non-interest bearing gold as investors opt for other asset classes, and this is the logic pressuring gold lately.”

In recent weeks, gold has not been able to live up to its safe-haven status despite recession worries. Bullion has declined more than $350 from the $2,000 an ounce level it scaled in early March, due to the U.S. Federal Reserve’s aggressive rate hike plans and the dollar’s recent rally.

Meanwhile, ECB policymakers will discuss whether to raise interest rates by 25 or 50 points at their meeting on Thursday to tame record-high inflation, two sources with direct knowledge of the discussion told Reuters.

“Silver is benefiting from a continued rise in Chinese interest for the white metal. However, reports that major Chinese banks will suspend investors from taking new positions in gold and silver by August are blurring the outlook for this signal,” TD Securities said in a note.