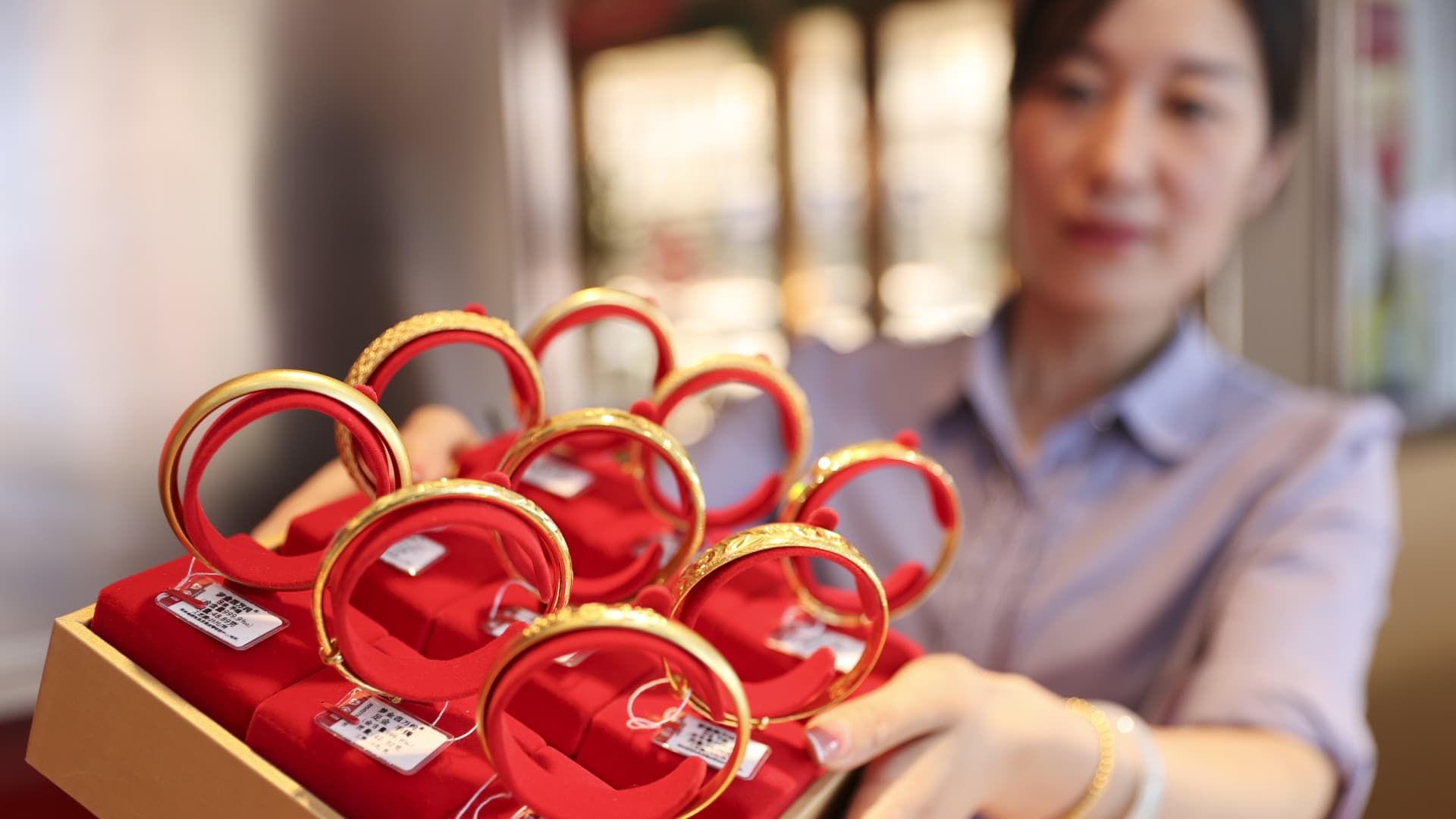 Gold neared a one-month high on Monday on the back of a decline in the U.S. dollar, with investors awaiting economic data that could influence the path of Federal Reserve policy tightening.

Gold has more room to the upside given “major issues with Russia, Ukraine and China” and as the dollar runs into some resistance, said Daniel Pavilonis, senior market strategist at RJO Futures.

He added that interest rates are still the biggest factor for gold and even if the Fed is not done raising rates, it is taking a pause. “That is a buying signal,” Pavilonis said.

The Fed raised interest rates by an expected 75-basis-points on Wednesday, but comments from Chair Jerome Powell spurred hopes of a slower hiking path, hitting the dollar.

“Bullion bulls are waiting to see if the coast is clear for another leg up, making sure expectations for a less-aggressive Fed are indeed rooted in reality,” said Han Tan, chief market analyst at Exinity.

Safe-haven gold has also found some support from weak economic data recently, including an unexpected contraction in the U.S. economy over the second quarter and slower euro zone manufacturing activity.

The monthly U.S. jobs report on Friday will be closely scanned as it could influence the Fed’s rate hike plans.

How a heist of $1.65 million of ancient gold coins unfolded at a German museum in just 9 minutes