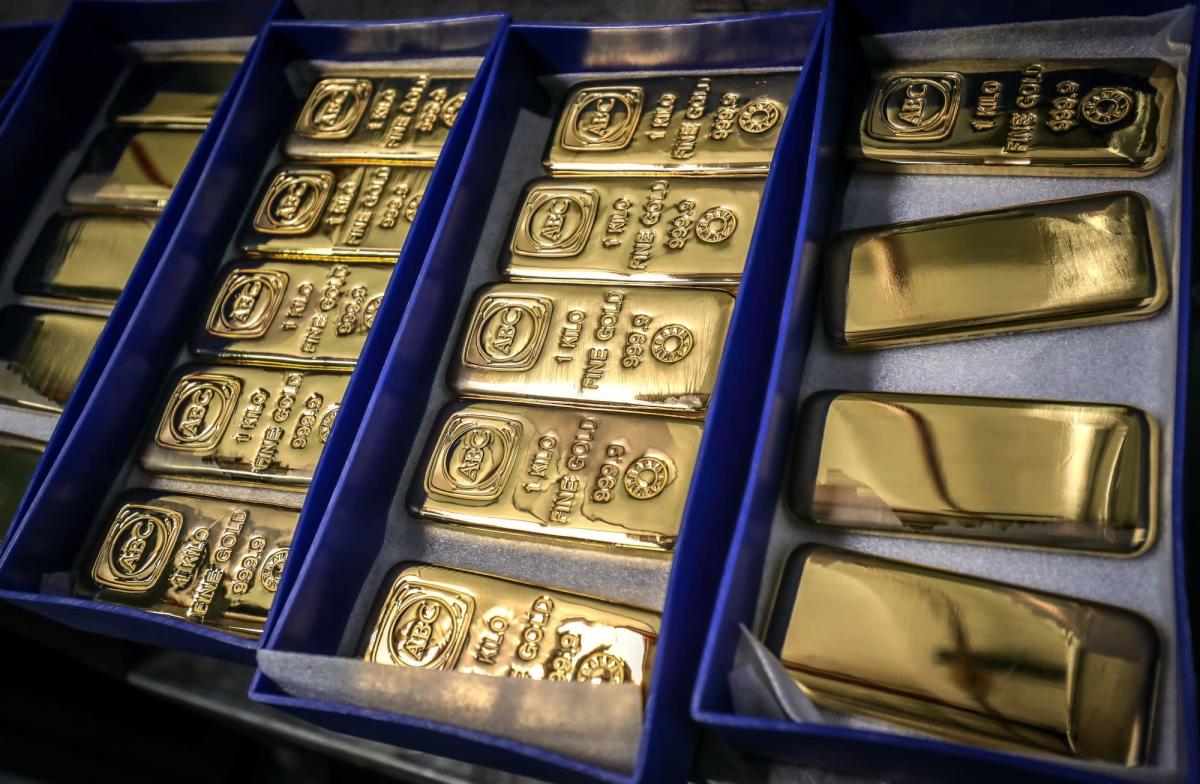 (Bloomberg) — Gold sank near an 11-month low as investors continued to shed holdings of bullion-backed exchange traded funds ahead of central bank meetings over the next week that may result in more aggressive interest rate hikes.

The precious metal has hovered in a narrow trading range since late last week as a gauge of the greenback retreated for three straight sessions through Tuesday in a sign of waning haven demand. Holdings in gold-backed ETFs have dropped for 15 days, the longest stretch since March 2021, according to initial data compiled by Bloomberg.

“We don’t expect a sustained improvement in market sentiment until investors get greater clarity on the outlook for the economy, central bank policy and political risks,” UBS chief investment officer Mark Haefele said in a note. “Uncertainty in all of these areas remains elevated, in our view.”

Traders are awaiting key central bank decisions to see how policy makers will address soaring inflation. The European Central Bank may consider raising interest rates on Thursday by double the quarter-point it outlined just last month, according to people familiar with the situation. The Federal Reserve’s meeting on July 26-27 will also be closely watched.

“There’s actually scope for a relief rally coming up to the July FOMC meeting where we can see a little bit of a bounce and perhaps prices heading back toward $1,750 in the near term,” Suki Cooper, a precious metals analyst at Standard Chartered Plc, said in a Bloomberg Television interview, referring to the policy-setting Federal Open Market Committee.

For gold to actually rally, ETF outflows would have to stabilize, and a lot of the downside risk has to be priced in by markets, Cooper said. The price floor provided by physical demand is quite vulnerable in the near term as the seasonally slow period for gold consumption is now starting, she added.

Spot gold fell 0.7% to $1,700.57 an ounce at 2:07 p.m. in New York. Prices dipped below $1,700 last week for the first time since August. The Bloomberg Dollar Spot Index edged 0.3% higher after dropping 1.4% in the previous three sessions. Silver, platinum, and palladium spot prices all slipped.