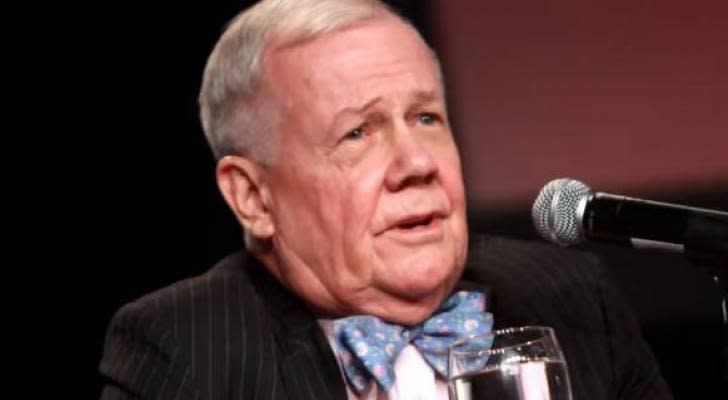 With the S&P 500 down about 21% year-to-date, the situation for stocks is pretty grim — but according to legendary investor Jim Rogers, it’s just the start.

“This has to be the worst bear market in my lifetime, which means it will go down a lot and it will last a long time,” the 79-year-old told ET Now last month.

Spiking price levels present another concern. Rogers says that “most central bankers don’t know what they are doing” and “inflation will get worse.”

He’s correct in that prediction, as we just learned that U.S. consumer prices increased 9.1% in June from a year ago — the fastest pace since November 1981.

Rogers knows a thing or two about making money in turbulent times. He co-founded the Quantum Fund with George Soros in 1973 — right in the middle of a devastating bear market. From then till 1980, the portfolio returned 4,200%, while the S&P 500 rose 47%.

If you are looking for a safe haven, Rogers says “there is no such thing as safe” in the world of investments. Still, the multimillionaire points to two assets that could help you withstand the upcoming onslaught – they also happen to be great hedges against rampant inflation.

Precious metals are a go-to choice for investors in dark times, and Rogers is a long-time advocate.

Gold and silver can’t be printed out of thin air like fiat money, so they can help investors preserve wealth in inflationary periods. At the same time, their prices tend to stay resilient in times of crisis.

But that doesn’t mean they are crash-proof.

“I’m not buying them now, because in a big collapse, everything goes down. But I probably will buy more silver when it goes down some more.”

Silver is widely used in the production of solar panels and is a critical component in many vehicles’ electrical control units. Rising industrial demand, in addition to its usefulness as a hedge, makes silver in particular a compelling asset for investors.

You can buy silver coins and bars directly at your local bullion shop. You can also invest in silver ETFs like the iShares Silver Trust (SLV).

You don’t need an MBA to see the appeal of agriculture in a bear market: No matter how big the next crash is, no one is crossing “food” out of their budget.

Rogers sees agriculture as a potential refuge in the upcoming collapse.

“Silver and agriculture are probably the least dangerous things in the next two or three years,” he says.

For a convenient way to get broad exposure to the agriculture sector, check out the Invesco DB Agriculture Fund (DBA). It tracks an index made up of futures contracts on some of the most widely traded agricultural commodities — including corn, soybeans and sugar.

You can also use ETFs to tap into individual agricultural commodities. The Teucrium Wheat Fund (WEAT) and the Teucrium Corn Fund (CORN) have gained 12% and 13%, respectively, in 2022.

Rogers also likes the idea of investing in farmland itself.

“Unless we’re going to stop wearing clothes and eating food, agriculture is going to get better. If you really, really love it, go out there and get yourself a farm and you’ll get very, very, very rich,” he told financial advisory firm Wealthion late last year.

Meanwhile, new investing services allow you to invest in farmland by taking a stake in a farm of your choice. You’ll earn cash income from the leasing fees and crop sales — and any long-term appreciation on top of that.

What to read next

This article provides information only and should not be construed as advice. It is provided without warranty of any kind.