Home Sales Hit A 10-Year Low: Here’s How Inflation Is Effecting Home Sales Around The Nation 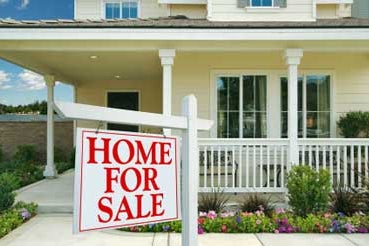 As inflation and mortgage rates continue to rise, the housing market has significantly slowed down. The National Association of Realtors (NAR) reported that signed contracts to purchase an existing home fell 20% in June as compared to June 2021, according to CNBC.

This is the slowest pace since September 2011, with the exception of March and April 2020 when sales fell due to initial COVID-19 lockdowns.

From May to June 2022, pending home sales fell a wider-than-expected 8.6%. The Dow Jones polled economists who predicted a 1% drop in June.

Last month’s steep drop-off is due to mortgage rates crossing the 6% threshold. At the start of 2022, rates were at 3%.

“Contract signings to buy a home will keep tumbling down as long as mortgage rates keep climbing, as has happened this year to date,” Lawrence Yun, chief economist for the NAR shared.

The NAR now believes that total sales will be down 13% by the end of the year, but will rebound to start 2023.

Why Is It Important?

Home sales decreasing is yet another sign that the U.S. may be heading towards a recession. Inflation has remained rampant this year, which is pushing mortgage rates to new levels.

As inflation continues to rise, the Fed will continue to raise rates and therefore mortgages will go up.

While slowing home sales isn’t a traditional recession signal, it is directly related to the state of the economy and therefore can be seen as one.