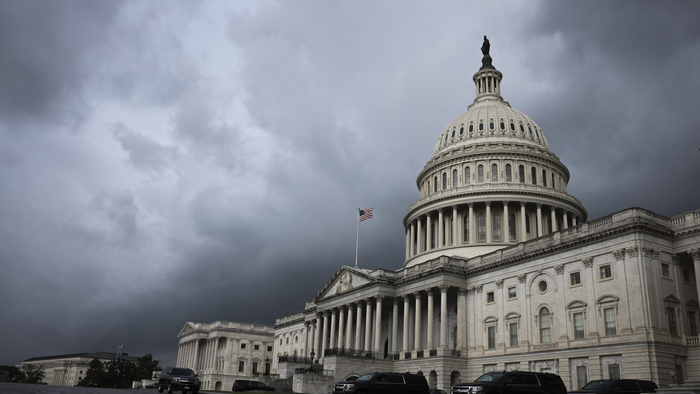 Authored by Dave DeCamp via AntiWar.com,

The massive spending bill passed in a vote of 329-101, with 62 Republicans and 39 Democrats voting nay. The Senate still has to pass its version of the NDAA, which is even bigger than the House one at $858.5 billion. Once it passes the Senate, the two chambers will then negotiate the final version.

Lawmakers in the House attached hundreds of amendments to the NDAA, including some that could restrict arms sales if they make it to the final version.

Two amendments aimed at limiting arms sales to Saudi Arabia were added to the bill. One, offered by Rep. Gerry Connolly (D-VA), would prohibit the sale of what would be considered “offensive” to Saudi Arabia over Riyadh’s harsh treatment of dissidents.

The other Saudi amendment, offered by Reps. Ted Lieu (D-CA) and Ro Khanna (D-CA), would require an investigation into the use of US-provided arms by the Saudi-led coalition in Yemen. The coalition is notorious for hitting civilian targets with US-made weapons. According to Amnesty International, the coalition used a US-made precision-guided munition to bomb a migrant detention center in January, which killed at least 91 civilians.

President Biden is due to visit Saudi Arabia this weekend as his administration is reportedly considering expanding arms sales to the Kingdom.

Another amendment would block the sale of 40 F-16s to Turkey unless the president got assurances they wouldn’t be used to violate Greek airspace. The Biden administration came out in favor of the F-16 deal after Ankara lifted its objection to Finland and Sweden joining NATO.

Another amendment would require the repeal of the 2002 Authorization for the Use of Military Force (AUMF), which was used for the 2003 invasion of Iraq. But the 2001 AUMF that is still used to justify the US military presence in Iraq, Syria, Somalia, and Yemen would remain.

Sources told @Reuters that the Biden administration is discussing the possible lifting of its ban on sales of offensive weapons to Saudi Arabia, but any final decision is expected to hinge on whether Riyadh makes progress toward ending the Yemen war https://t.co/vKMukcjX9t pic.twitter.com/qdVx2YylWr

The House bill authorizes $45 million in funding for a new nuclear-capable cruise missile that could be launched from ships or submarines. Biden’s requested budget would have eliminated funding for the missile.

Rep. Barbara Lee (D-CA) attempted to rein in the massive spending by offering one amendment that would reduce the NDAA to Biden’s original request of $813 billion and one that would have slashed the Pentagon’s funding by $100 billion. But both efforts were voted down.

The NDAA will give the Pentagon $1 billion to arm Ukraine, although a separate aid package to fund the war will likely be passed on its own once the $40 billion bill Biden signed in May runs out.