How Amgen Makes Billions On Just A Few Drugs 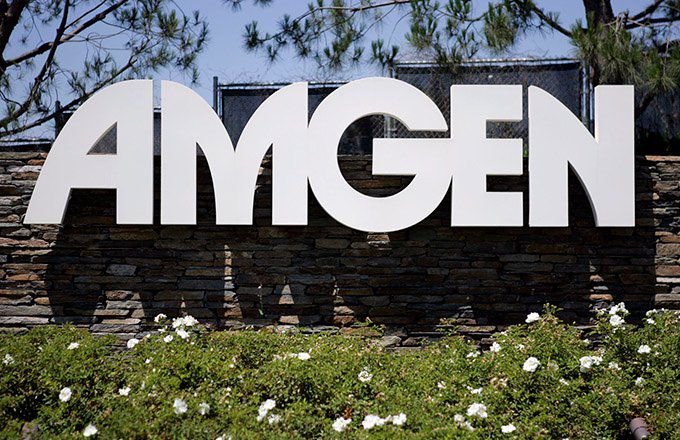 As unpleasant as chemotherapy is, infections can make it even worse. Like the “old saying” goes, if you can reduce cancer patients’ risk of sepsis, the world will beat a path to your door. Amgen Inc. (AMGN), an American multinational biopharmaceutical company, has accomplished precisely that goal and extended hundreds of thousands of lives in the process.

Amgen employs hundreds of scientists, making it one of the largest employers in Ventura County, California. The company’s headquarters are located in Thousand Oaks, California. While the company’s product line is remarkably small (approximately 18 products), Amgen is one of the world’s largest independent biotechnology companies. The company has also made at least 10 major corporate acquisitions.

In 2017, the company generated a revenue of $22.8 billion. The company’s top-selling drugs between 2017 and 2019 were Enbrel, Neulasta, Prolia, XGEVA, Aranesp, KYPROLIS, EPOGEN, and Sensipar/Mimpara.

Enbrel (etanercept) is one of Amgen’s top-selling products. It is used to combat severe arthritis and similar inflammatory diseases. First synthesized in the 1990s, it was sold to a company that Amgen later bought (Immunex). Enbrel is patented through 2028. The cost of Enbrel is $1,640.91 per weekly 50-milligram dose. So far, generic attempts at replicating the drug have only been able to reduce that price by a couple of hundred dollars. Amgen sold $4 billion worth of Enbrel in the fiscal year 2021.

Another one of Amgen’s top-selling drugs is called Neulasta. Neulasta (pegfilgrastim) is used to treat neutropenia; it acts as a white blood cell stimulant. The cost of Neulasta is $6,417.99 per dose. Amgen sold $1.7 billion worth of Neulasta in the fiscal year 2021.

Amgen’s second-tier offerings–EPOGEN, XGEVA, and Prolia–also make up a large portion of the company’s sales. EPOGEN (erythropoietin) is used to treat anemia, XGEVA (denosumab) is used for the prevention of skeletal-related events, and Prolia (denosumab) is used to treat osteoporosis. The cost for 10 milliliters of Epogen is around $356. The cost of XGEVA is $2,717.15 per dose. The cost of Prolia is $1,477.16 per treatment every six months.

While these prices are, in fact, exorbitant, for most people that will be able to receive these treatments, health insurance will cover a portion of the cost. Without an adequate and comprehensive health insurance plan, the price of these treatments would be cost-prohibitive. However, for those that can afford these drugs, they can be literally life-saving (and presumably worth the high cost).

Amgen and its development team have offered relief to many patients that are suffering. By setting its resources to alleviating physical pain, the company has found its market and generated tremendous profits. For the fiscal year 2019, the company reported total revenues of $23.9 billion. However, the company is facing increasing competition from generic products and biosimilar treatments. This was reflected in a decrease in total revenues of 1% in the fourth quarter of 2019 (compared to the fourth quarter of 2018).