How Much U.S. Debt Does China Own? 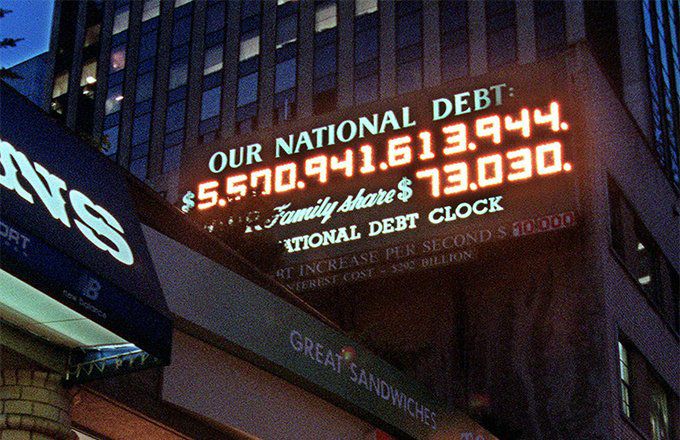 Nations borrowing from each other may be as old as the concept of money. Foreign debt provides the opportunity for countries to secure the financing they ordinarily wouldn’t have access to and to stimulate their economy.

However, the concept of foreign debt carries a negative connotation, especially when it concerns large amounts owed to nations embroiled in controversy. For example, the huge amount of debt that the U.S. government owes Chinese lenders has been the subject of countless debates, headline news stories, and political platforms for decades.

How the Ownership of US Debt Works

By mid-2017, the total amount of official debt owed by the federal, state, and local governments was more than $19.8 trillion. That figure was $30.5 trillion as of June 30, 2022. Some experts insist on adding hundreds of trillions in unfunded future liabilities on the federal government balance sheet.

Of the $30.5 trillion in government debts, more than $6 trillion is owned by the federal government in trust funds. These are accounts dedicated to Social Security, Medicare, and other entitlements.

In simpler terms, the government wrote itself a really big IOU and bankrupted one account to finance another activity. IOUs are formed and financed through joint efforts of the U.S. Department of the Treasury and the Federal Reserve.

Much of the rest of the debt is owned by individual investors, corporations, and other public entities. This includes everyone from retirees who purchase individual U.S. Treasurys to the Chinese government.

Japanese-owned debt doesn’t receive nearly as much negative attention as Chinese-owned debt, ostensibly because Japan is seen as a friendlier nation and the Japanese economy hasn’t grown as fast as China’s year after year.

The other countries that hold the most U.S. debt include the U.K., with $634 billion owed; Switzerland, holding $294.1 billion in debt securities; and the Cayman Islands, slightly behind Switzerland with $293.2 billion of the United States’ debt.

Why China Owns So Much US Debt

There are two main economic reasons Chinese lenders bought up so many U.S. Treasury securities. The first and most important is that China wants its currency, the yuan, pegged to the dollar. This has been common practice for many countries ever since the Bretton Woods Conference in 1944.

A dollar-pegged yuan helps keep down the cost of Chinese exports, which the Chinese government believes makes it stronger in international markets. This also reduces the purchasing power of Chinese earners.

Dollar-pegging adds stability to the yuan since the dollar is still seen as one of the safest currencies in the world. This is the second reason the Chinese want Treasurys; they are essentially redeemable in dollars.

China drew some headlines in 2013 and 2014 for buying up a lot of gold to store in its bank vaults, but the real safety net for the yuan is the worldwide belief in the dollar.

Consequences of Owing Debt to the Chinese

It’s politically popular to say that the Chinese “own the United States” because they are such a huge creditor. The reality is very different than the rhetoric.

If China called in all of its U.S. holdings, the U.S. dollar would depreciate, whereas the yuan would appreciate, making Chinese goods more expensive.

While around 3.2% of the national debt isn’t exactly insignificant, the Treasury Department has had no problems finding buyers for its products even after a rating downgrade.

If the Chinese suddenly decided to call in all of the federal government’s obligations (which isn’t possible, given the maturities of debt securities), others would likely step in to service the market. This includes the Federal Reserve, which already owns six times as much debt as China.

The Effects on Trade

Second, the Chinese rely on American markets to buy Chinese-produced goods. Artificially suppressing the yuan has made it difficult for a growing Chinese middle class; so, exports are needed to keep businesses running.

Consider what the current arrangement means: The Chinese buy up dollar bills in the form of Treasurys. This helps inflate the value of the dollar. In return, American consumers get cheap Chinese products and incoming investment capital. The average American is made better off by foreigners providing inexpensive services and only demanding pieces of paper in return.

How Much Money Does the U.S. Owe China?

Which Country Owes the Most Money to China?

China does not publish the figures on its international lending. However, there are some countries—such as Niger, Cambodia, and Laos—whose debt to China is more than 20% of their GDP.

Does Any Country Have No National Debt?

According to the International Monetary Fund (IMF), the only nation with no national debt is Macao SAR.

Which Country Has the Most Debt?

Sudan has the most debt in the world, accounting for approximately 284% of its gross domestic product (GDP).

By The Investopedia Team