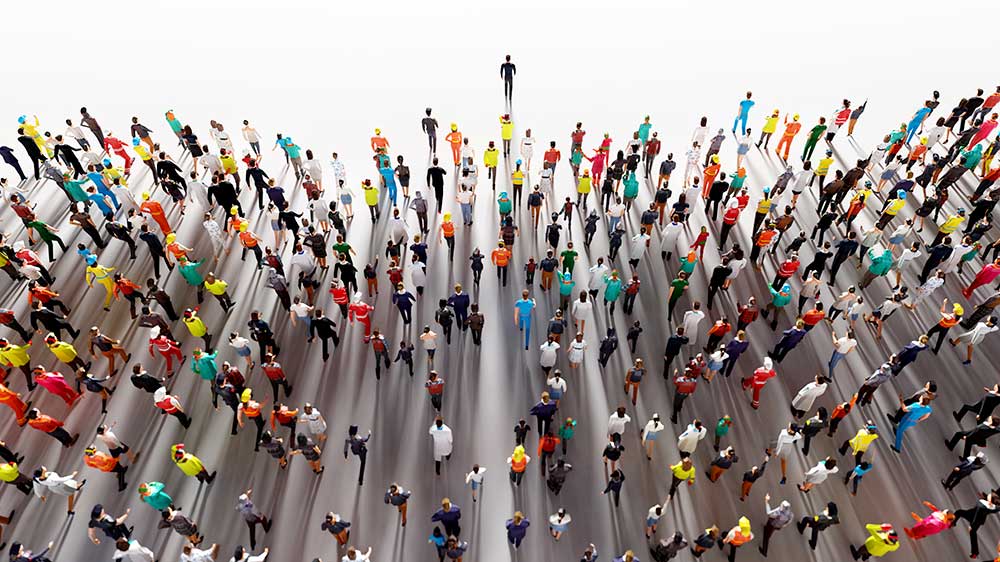 People don’t want to be managed. They want to be led. You must know the difference if you want to be an impactful leader.

Covey is co-founder and CEO of the Franklin Covey Trust Practice, a unit of FranklinCovey (FC) a worldwide development leadership company.

Become Inspired Yourself To Be An Impactful Leader

You’re going to have a hard time inspiring others if you aren’t inspired yourself, Covey said.

If you can’t articulate what really lights your fire then that fire probably isn’t burning. And to be an effective leader, it needs to be. Look for what gets you excited about work.

“When you find your own ‘why,’ you light the fire within,” he said. “That, like a candle, enables you to help light a fire within others.”

Connect With People Through Caring To Be An Impactful Leader

On an individual level Covey said he’s found that most leaders care about their people. The problem is their people aren’t feeling it.

“It’s not enough to care, people have to know and feel that you care,” he said.

Put in the effort to make connections one-on-one and personal. And “when such connections happen across a team, you build a sense of belonging and inclusion,” Covey said. “This inspires people.”

Tap Into Purpose, Meaning And Contribution

More than ever, people want to know both that they matter and that what they’re doing matters, Covey says. “They want to contribute their talents, skills, and time to something significant and meaningful. They want purpose,” he said.

He quotes author and psychologist Angela Duckworth who says people “can go from job to career to calling — all without changing their occupation.”

Or without changing companies, Covey adds. He says with effort on a leader’s part, it’s possible “to create and embed purpose, meaning, and contribution into almost any role in almost any organization.”

Employees care far more about what a leader does rather than just what they say, said Christopher Kolenda, author of “Leadership: The Warrior’s Art.”

Kolenda, a retired Army Colonel, is the founder of the Strategic Leadership Academy.

Leaders must be exemplars, he said. He cites the example of statues on Civil War battlefields. The leaders are depicted on horseback in action. “They rode into battle, making them the most vulnerable people on the battlefield. Brigadier generals had the casualty rates of any rank in both armies,” he said.

By standing firm in the saddle despite everyone shooting at them, “leaders exemplified the courage they expected of everyone in the unit,” Kolenda said. And “they became worthy of trust.”

Fortunately business doesn’t require that kind of courage and potential sacrifice. Just earn trust. Treat people well. And “they’ll give you their discretionary effort that takes your business to new heights,” he said.

To Be An Impactful Leader Ditch Micromanaging

Kolenda says powerful leaders have an “eyes-on, hands-off approach.” They provide direction, purpose and expectations while “letting their subordinates determine how to get the job done,” he said.

Such leaders maintain accountability without micromanagement by defining the subordinates’ authority. Leaders direct their people to report if they are approaching a boundary, he said. Such leaders “make their subordinates the heroes,” he said.

He cites general and President Dwight Eisenhower as an example of such leadership.

Keep Perspective In Mind To Be An Impactful Leader

In this new world of work, there are two epic imperatives for every organization, Covey says.

The first is to create a high-trust culture that inspires people. He calls that “Win in the Workplace.” The second imperative is to collaborate and innovate to stay relevant in a changing world, which he calls “Win in the Marketplace.”

“Everyone is wrestling with these two things, but the insight that’s being missed is this: sequence matters,” Covey said. “You will not sustain winning in the marketplace if you’re not first winning in the workplace.”

Regain The Drive To Reach A Long-Term Goal

Mish’s Daily: 3 Technical Lessons on Whether or Not Semiconductors Bottomed | Mish’s Market Minute