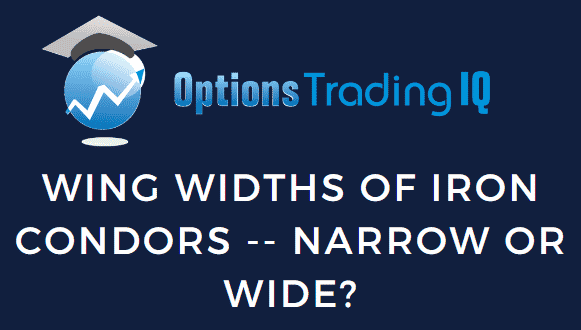 When talking about an iron condor setup, we need to decide the width of the wings.

What is better, narrow or wide?

An investor can make the width of the wings of the iron condor narrow and trade two condors.

Or the investor can make the wings wider and trade one condor.

Both trades will have the same max risk.

Is there a difference between these two trades?

Is one better than the other?

Let’s look at the Greeks and find out.

Here is an example of a condor with only 10-point wide wings on the SPX (S&P500 index): 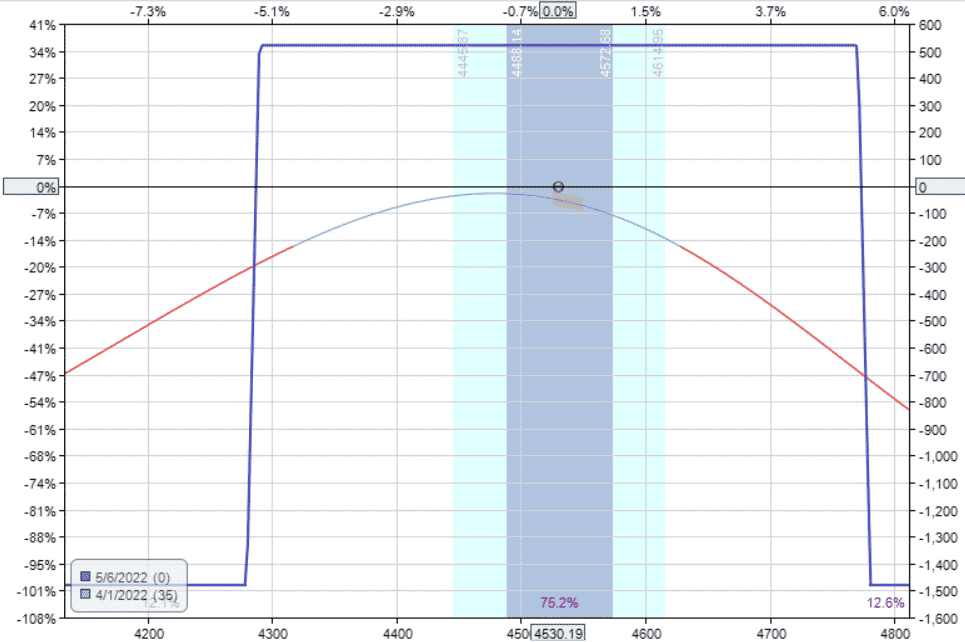 We trade two of them, with the total capital allocated being $1480.

Here is one condor using wings that are 20-points wide over the same timeframe. 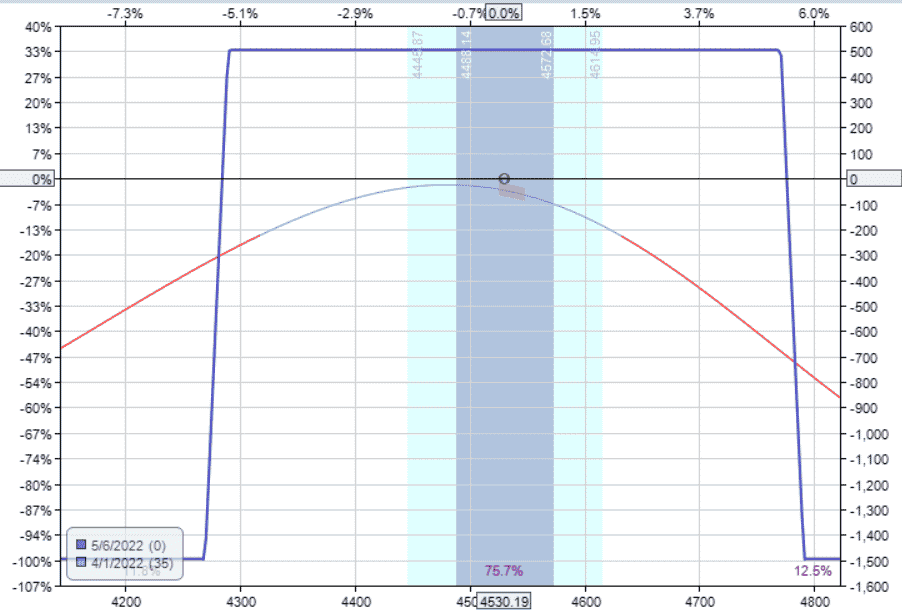 The capital allocated is about the same at $1495, and the payoff graph looks the same.

As you can see, in terms of the Greeks at the initial starting position, they are essentially the same for both scenarios.

What about if the price starts moving?

Let’s examine the P&L of each eleven days later, on April 11.

The narrow wing condor with two contracts is showing a P&L of $60 with the Greeks as follows:

The wide wing condor with one contract is showing a P&L of $52.50 with the following Greeks:

Again, still pretty much the same.

On April 11, we are ready to adjust the put side since the price is starting to get close to it with the short put option at 27-delta.

We can close one of the put spread as an adjustment technique for the narrow-wing condor with two contracts.

This adjustment technique is not available for the wide-wing condor with one contract.

Close one put spread would eliminate the entire put side, which results in a position delta of -0.96.

You would just be left with a bear call spread.

You no longer have a condor.

And you would not be in a delta-neutral position as in the first example.

So instead, we adjust the single contract of the wide-wing condor by narrowing the put spread instead.

Or we can roll the short put from 4290 down to 4280, reducing our position delta to 0.01 for the investor who wants to make the position as delta-neutral as possible.

For those who worry about commissions (and you should not), you may prefer to trade the one with fewer contracts.

The bigger difference between the two occurs during adjustment.

There are many methods to adjust iron condors, which will work fine in either scenario.

However, wider wings give better flexibility to narrow the wing to adjust the position delta.

Having more contracts gives better flexibility in closing some spreads to adjust the position delta.

All in all, the differences between the two are quite minor.

Disclaimer: The information above is for educational purposes only and should not be treated as investment advice. The strategy presented would not be suitable for investors who are not familiar with exchange traded options. Any readers interested in this strategy should do their own research and seek advice from a licensed financial adviser.