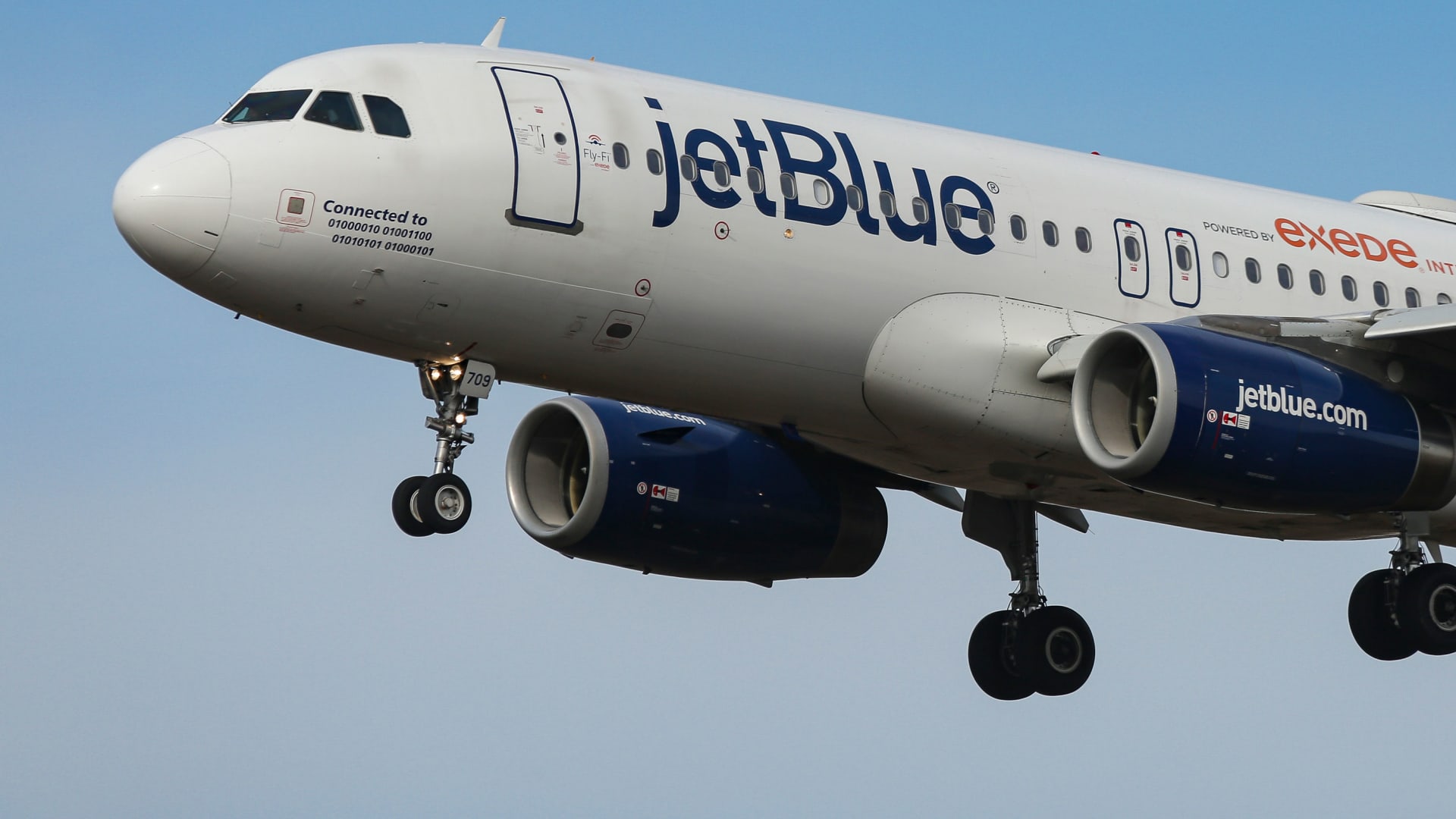 JetBlue Airways shares tumbled more than 6% Tuesday after a surge in costs drove it to another quarterly loss just as it plans its takeover of Spirit Airlines.

The New York-based airline had a loss of $188 million in the second quarter on record revenue of close to $2.45 billion as it grappled with a nearly 35% increase in cost per available seat mile compared with three years ago. Fuel, labor and other expenses rose sharply last quarter.

Despite the loss, JetBlue said it expects to return to its first profit since the Covid pandemic began this quarter and that it would remain cautious on growth while costs surge.

JetBlue’s third-quarter capacity will likely end up being down as much as 3% compared with 2019, a sign the carrier is holding back on growth like other airlines trying to improve reliability after a rocky start to a big summer travel season.

“We reported a record-breaking revenue result for the second quarter, and we’re on pace to top it again here in the third quarter and drive our first quarterly profit since the start of the pandemic,” CEO Robin Hayes said in an earnings release.

The airline estimated its revenue per available seat mile will be up as much as 23% this quarter as consumers swallowed high airfares that JetBlue expects to offset a jump in fuel costs. Excluding fuel, JetBlue forecast unit costs to be up 15% to 17% over 2019.

The airline said it will complete its retirement of Embraer E190 planes in mid-2025, more than a year earlier than previously scheduled. The faster transition to its more fuel-efficient Airbus A220 planes would help it cut costs, the company said.

Airfares have cooled slightly as the peak summer travel season fades but JetBlue said “early bookings keep us cautiously optimistic about the fall.”

JetBlue last week announced it had finally reached a deal to acquire ultra-low-cost carrier Spirit Airlines for $3.8 billion in cash after a long bidding war with discounter Frontier Airlines. Frontier’s agreement to combine with Spirit fell apart hours before the JetBlue-Spirit deal was announced.