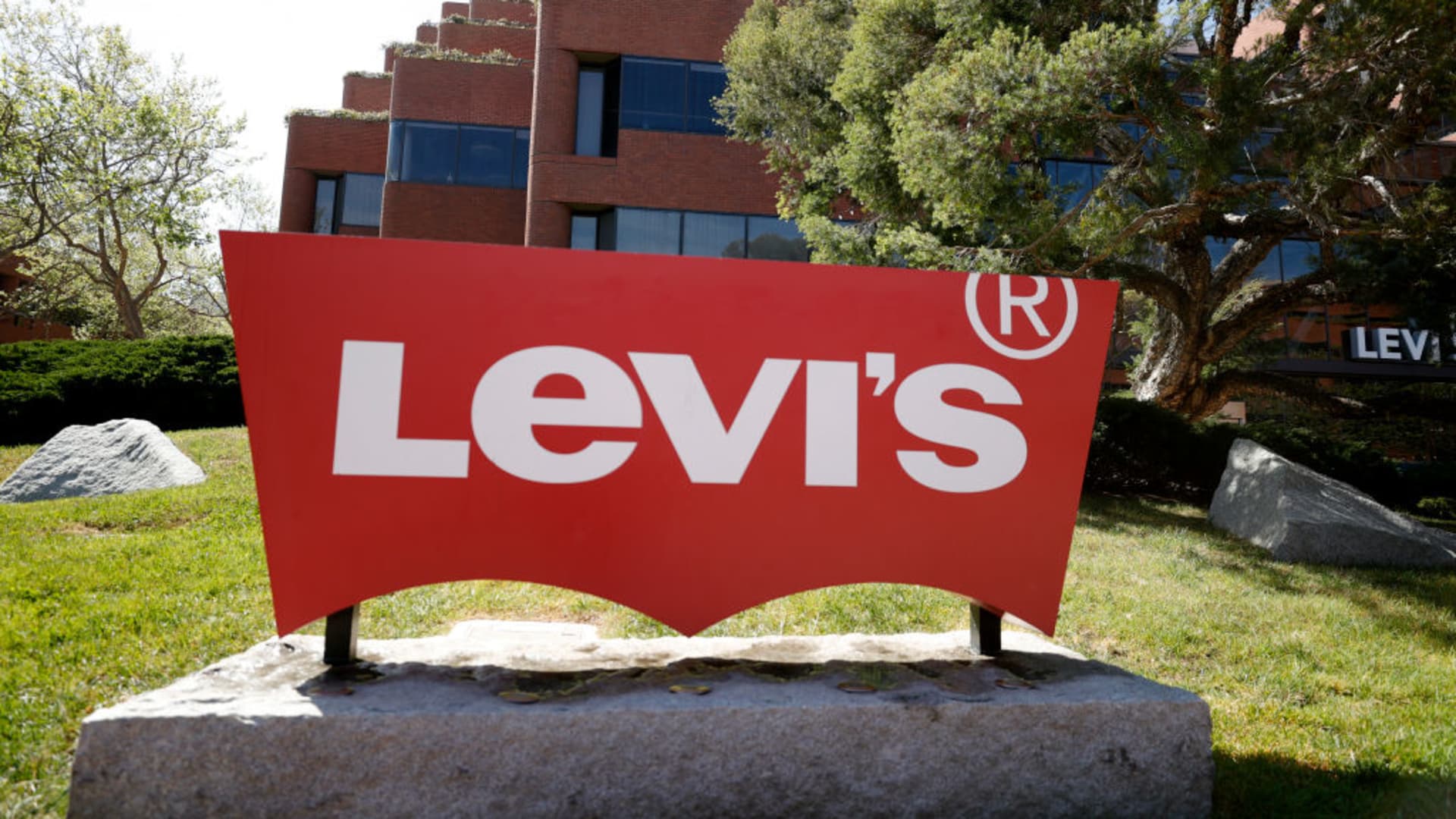 A sign is posted in front of the Levi Strauss & Co. headquarters on April 09, 2021 in San Francisco, California.

Levi Strauss on Thursday reported quarterly revenue and earnings that came in above Wall Street expectations, as the clothing company known for its denim said it benefitted from Americans opting for more relaxed dress codes.

The San Francisco company increased its quarterly dividend and stood by its guidance for the year. Its shares were up about 4% at $17.08 in after-hours trading.

Here’s how Levi performed for the quarter ending May 29 compared to Wall Street estimates based on a survey of analysists by Refinitiv.

Levi Straus said its higher revenue in the quarter was fueled by both stronger direct-to-consumer and wholesale sales. It said digital revenue rose 3% globally and accounted for 20% of sales in the quarter.

“Jeans are now much more acceptable in the office,” CEO Chip Bergh told CNBC in an interview.

The retailer did track mid-single-digit declines from a year ago at its two value denim brands, which sell at Target, Walmart and Amazon and make up a small percentage of the company’s overall business, Bergh said.

But he said the declines were more than offset by the company’s core business.

Levi’s revenue of $1.47 billion for the quarter was up 15% from the $1.27 billion the company reported in the year-ago period. Analysts expected $1.43 billion.

The company’s selling, general and administrative expenses were $779 million in the quarter, higher than the $644 million last year. The company attributed the increase to the conflict in Ukraine.

Harmit Singh, Levi’s chief financial officer, told CNBC that the company decided to reaffirm its fiscal 2022 outlook but to increase its dividend given the lingering effects on the war overseas, the potential slowdown of the value conscious consumer, continued Covid lockdowns in China and currency changes.