On Warren Buffett, ETFs, And The Democratization Of Investing 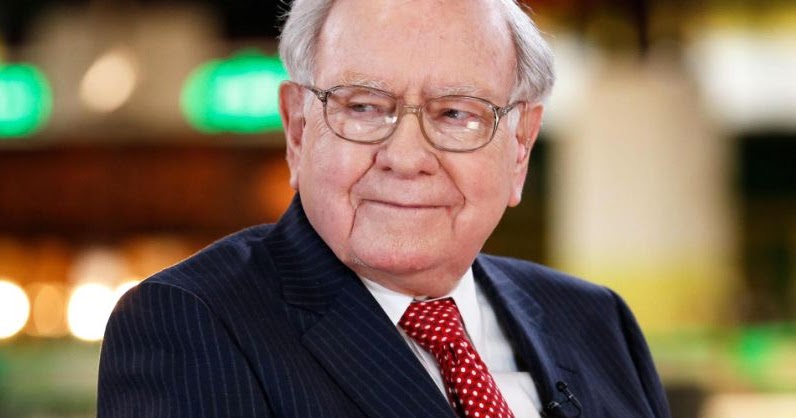 I’m an average guy. When I travel to New York City, I stay
at the Affinia Shelburne in Murray Hill. I usually pick up breakfast at the
bagel shop just down the street, or the Pret A Manger at 41st and
Lex. Maybe I’ll grab a little lunch at the original Shake Shack in Madison
Square Park. And the last time I visited, I had a great $12 bowl of Tokyo
Chicken at Momosan Ramen & Sake, Chef Morimoto’s cool ramen bar at 342
Lexington.

I’ve never been able to stay at the Plaza Hotel, nor dine at Per Se or Masa. As I say, I’m an average guy. Not poor, by any means.
But not wealthy enough to engage in pursuits where money is no
object.

Perhaps that is why a particular point that Warren Buffett
made in his 2016
Shareholder Letter, and the way he explained it, really caught my
attention. You see, for about two years now, I have been writing on the topic
of ETFs. As I have done so, I have focused on the issue of cost; of keeping
your expenses
low and putting as much as possible of the returns generated by the market
in your pocket.

More than once, I have posited that the beauty of ETFs is that
they allow even the “common man”—the butcher, the baker, the candlestick maker—to
benefit from being able to participate in the financial markets.

But I had not thought about it from the specific vantage point
that such a person might just possibly be able to do as well as the wealthy. Until I read Buffett’s letter. Let’s see
how he put it:

The wealthy are accustomed to feeling that it is their lot
in life to get the best food, schooling, entertainment, housing, plastic
surgery, sports ticket, you name it. Their money, they feel, should buy them something
superior compared to what the masses receive.

In many aspects of life, indeed, wealth does command
top-grade products or services. For that reason, the financial “elites” –
wealthy individuals, pension funds, college endowments and the like – have
great trouble meekly signing up for a financial product or service that is
available as well to people investing only a few thousand dollars.

Ah, now there is a concept I can relate to. I understand
full well that there are individuals who, on a regular basis, have access to
things that are beyond my capabilities. But along with that
sometimes comes a sense of entitlement. Buffett puts it so well; a “feeling
that it is their lot in life to get the best . . . something superior compared
to what the masses receive.”

Why, though, does Buffett bring this up? Is he engaged in an
assault on the wealthy? Any such assault would of necessity be an assault on
himself, as he is one of the wealthiest men in America. No, his argument is
with the huge fees the wealthy often pay to high-priced financial advisors.
Buffett argues that, because of that sense of entitlement, that feeling that it is their lot in life to get the best, it must logically follow that huge
fees paid to financial advisors confer on them an advantage. After all, the “masses”
can’t achieve results that are just as good, can they?

Buffett goes on to argue that they can, and often do. In the
title of this article, I refer to this concept as “the democratization of
investing.” I believe that ETFs play a huge part in this, and it is this very thing
that inspires my writing.

As just one brief example, consider for a moment the millennial
generation. The
Pew Research Center defines millennials as those between the ages of 18-34
in 2015. While this generation has many advantages compared to previous
generations, they haven’t exactly had things easy from a financial standpoint. According
to this article from Forbes:

Not
only did this generation come of age during a crushing financial crisis,
they are also weighed down by more student loan debt than any other
generation has ever had.

Given all of this, according to that same Forbes article, many
millennials have not expressed much interest in investing; some 80% are not
invested in the stock market.

So, one of my projects late last year was to encourage millennials
to make saving and investing their New
Year’s Resolution for 2017. In that article, I suggested not only 7 world-class
ETFs to help them get off to a great start, but also a brokerage that would
allow them to trade those ETFs free of trading commissions. How much did that
advice cost? Just the time it took to read the article. I then followed that up
with a second article in which I actually set
up the portfolio. It is my goal to track the portfolio and provide regular
updates as to how it performs, using the S&P 500 index as a benchmark.

Here’s how Buffett wraps up this segment of his discussion:

Human behavior won’t change. Wealthy individuals, pension
funds, endowments and the like will continue to feel they deserve something
“extra” in investment advice. Those advisors who cleverly play to this expectation
will get very rich. This year the magic potion may be hedge funds, next year
something else. The likely result from this parade of promises is predicted in
an adage: “When a person with money meets a person with experience, the one with
experience ends up with the money and the one with money leaves with experience.”

I’m not sure whether I will ever be able to stay
at The Plaza, or eat at Masa. But the next time I chow down on a burger and
chocolate shake at Shake Shack, or that Tokyo Chicken bowl at Momosan, I will
likely remember Buffett’s comments, and find myself extremely grateful for ETFs
and the role they play in the democratization of investing.