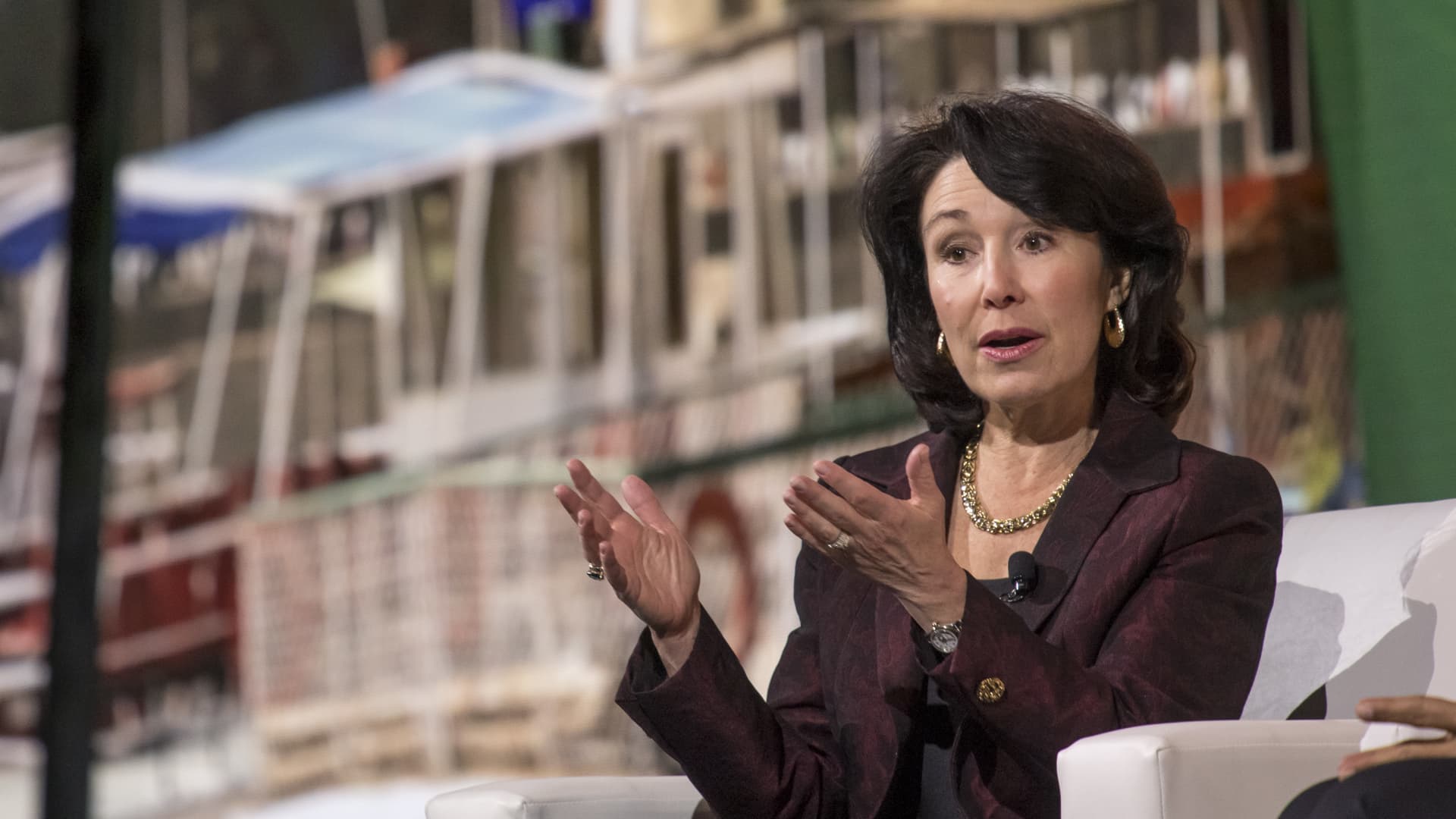 Safra Catz, then co-chief executive officer of Oracle Corp., speaks during the Oracle OpenWorld conference in San Francisco on Sept. 20, 2016.

Revenue increased 5% from a year earlier, driven by growth in the company’s cloud infrastructure business, which competes with Amazon Web Services and Microsoft Azure.

Oracle said that unit increased sales by 36%, lifting total cloud revenue by 19% to $2.9 billion. According to Synergy Research Group, Oracle didn’t crack the top five global providers of cloud infrastructure as of the end of last year. But the company has been touting its ability to not just pull legacy customers over to its cloud products but also to attract new clients.

CEO Safra Catz said in a statement that the company saw a “major increase in demand” for cloud infrastructure.

“We believe that this revenue growth spike indicates that our infrastructure business has now entered a hyper-growth phase,” Catz said.

Prior to the after-hours pop, Oracle shares were down 27% for the year, slightly outperforming the Nasdaq, which has tumbled 31%.

Oracle’s earnings beat is particularly important as investors turn their focus to companies that can generate profitability and cash during a downturn.