Paddy acreage down 17 per cent so far in kharif season: Official data 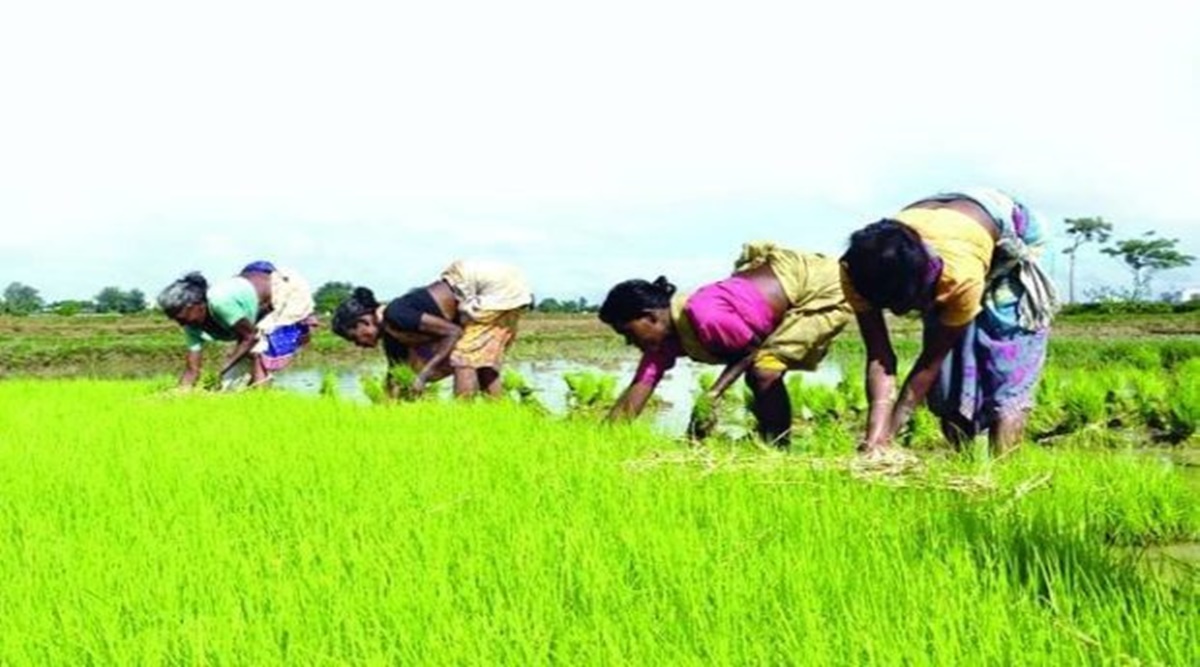 The area under coverage for paddy is down 17.4 per cent so far in the ongoing kharif sowing season while acreage of pulses, coarse cereals and oilseeds are higher by 7-9 per cent.

As per the Ministry of Agriculture data till July 15, the paddy sowing has reached 128.50 Lakh Hectares (LH) so far this kharif season as against 155.53 LH in the corresponding period of the previous year.

Paddy acreage has improved in the last one week as sowing was down 24 per cent as on July 8. The rains this month will be crucial to compensate the fall in acreage of paddy.

However, the area under coverage for pulses has increased by 9 per cent to 72.66 LH from 66.69 LH during the period under review.

Total area under jute and mesta is slightly less so far at 6.89 LH compared to 6.92 LH in the same period last year.

Total area under coverage for kharif is up marginally to 592.11 LH as on July 15 in the ongoing kharif season from 591.3 LH in the same period last year.

The sowing of kharif crops begins with the onset of the southwest monsoon in June. Paddy is a major kharif crop.

Higher sowing area of oilseeds augur well for the country as this may lead to an increase in domestic production and reduce imports besides keeping retail prices under control.

India is heavily dependent on edible oil imports. The country imports around 60 per cent of its domestic requirement through imports.

The India Meteorological Department (IMD) has forecast a normal monsoon this year.

On July 12, a senior Agriculture Ministry official said that there was “some lag in sowing of kharif crops so far but that is not a concern. That will be covered this month as the monsoon progresses.”

He had asserted that there was no problem of rice stock in the central pool.