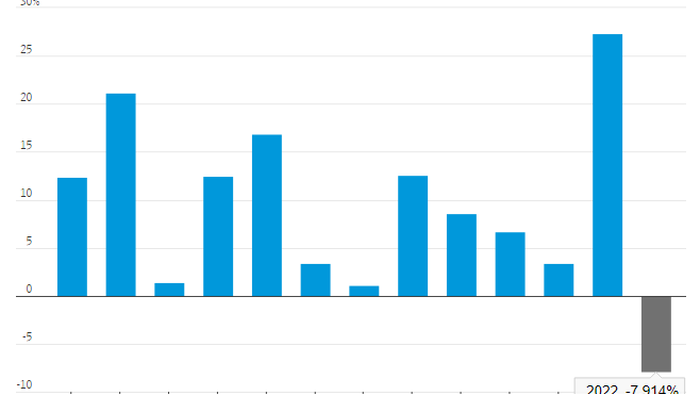 That’s because data released by Wilshire Trust Universe Comparison Service this week showed that public pension funds fell a median 7.9% for the year ended June 30. It marks their “worst annual performance since 2009,” according to reporting by the Wall Street Journal.

Much of the drawdown came as the result of a market-wide realignment of risk tolerance that took place in Spring, as a result of higher inflation. The selloff in both stocks and bonds contributed to the losses.

Michael Rush, a senior vice president at Wilshire, said frankly: “It was a really, really bad quarter for investing, there’s no way around it.”

As a result, the losses will result in higher annual retirement contributions in coming years, and likely a slew of CIO changes at pension funds across the country (stop us if you’ve heard this one before).

The underperformance digs an already deep hole – one that pension funds have tried to address by selling bonds and hiring new staff – deeper. As the Journal notes, funds are woefully underprepared to the tune of “hundreds of billions of dollars” to pay out future benefit promises. Many remain underfunded despite the market’s 27% growth last year.

When combined with annual return targets of about 7%, funds have embraced risk, with a median equity allocation of about 57%. Chasing yield has led to larger losses now that the market has tanked.

Christopher Ailman, investment chief of the California teachers fund, concluded last month: “One year is like the pace of a mile in a marathon. Last year was so positive, it gave us such a nice lead, we could be flat another year and still have a 7% three-year return.”