PHO: Valuation Will Likely Be A Drag On Future Returns (NASDAQ:PHO) 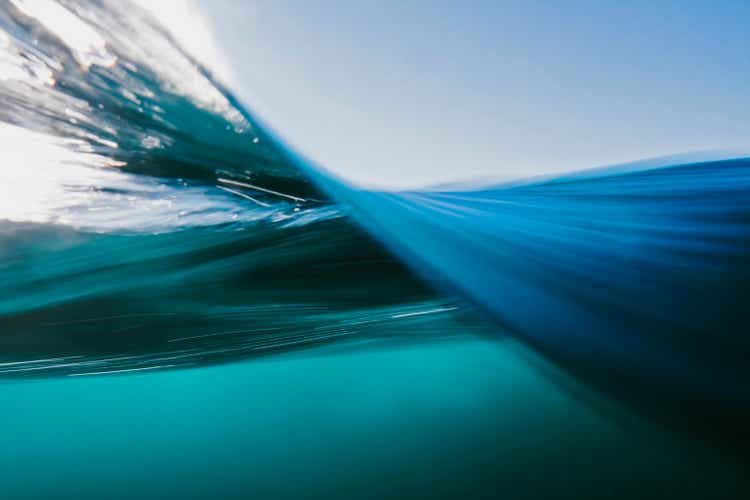 In my last article on the Invesco Water Resources Portfolio ETF (NASDAQ:PHO), I pointed out that the shift from ESG investing to other sectors of the economy such as Energy was likely to be detrimental for PHO in the short term. Despite better-than-expected returns since my previous article, I continue to believe that the shift is still taking place, and will eventually turn out to be a long-term process. On top of that, valuations in the water sector remain elevated and should be a major source of concern for investors. It’s important to emphasize that we are now seeing tighter financial conditions across the economy, which is the opposite playbook of the last two years. Higher rates and quantitative tightening are here to stay for the next few months, and will negatively impact high multiple stocks, including in the water sector.

What Has Happened Since My Last Article

PHO tracks a basket of companies that create products designed to conserve and purify water for homes, businesses, and industries. You will find below a recent breakdown of the top 10 holdings.

I concluded my previous article with the following statement:

Since my previous article, PHO has clearly underperformed the market. Investors’ sentiment is shifting from the ESG trade to stocks that can shield them from geopolitical and inflation risk. As a result, the fund experienced negative net flows YTD as demand for this product is declining. This comes at a terrible moment since the fund is still trading at a lofty valuation, and the selling might reinforce some of the negative trends that we are already seeing.

Recent inflows into ESG strategies continue to be way below the historical average of the past three years. May 2022 was particularly important since it represented the first month of outflows in three years. I continue to believe that investors remain preoccupied with other more pressing topics for now, such as inflation, economic growth slowing down, and geopolitical risks.

Since mid-May 2022, the fund registered ~$23 million in outflows. Given the fact that the strategy manages over $1.8 billion, we can say that the change in net flows was fairly stable. However, I think it’s interesting to note that we have not yet reached the pre-bear market level of interest in water stocks. I believe it will be a long process until we see a similar level of inflows, especially in a rising rate environment where other asset classes are becoming more competitive.

I have compared PHO’s returns to the SPDR S&P 500 Trust ETF (SPY) since my previous article to determine which strategy performed better. PHO had a strong rebound since mid-June 2022 and is now outperforming the S&P 500 by over 7 percentage points.

Further Tightening is a Risk For Water Stocks

Following the last FOMC meeting, several analysts have indicated that we might be approaching a pivot in terms of monetary policy. I believe that a pivot is inevitable at some point, as the economy cannot sustain indefinitely rates above 2-3% without a slowdown. That said, in light of new data, it seems premature to assume the Fed will suddenly change course on monetary policy at its next meeting. Q2 unit labor costs is the latest data point suggesting we are seeing entrenched inflation, with costs now growing at their fastest rate, while productivity growth is at its most negative since the early 80s. The labor market, in general, remains hot, as illustrated by recent non-farm payrolls and record low unemployment.

Rents are another part of the problem and a big component of CPI in general. While the real estate market is showing signs of exhaustion in some regions, rents have been extremely resilient and have climbed higher so far. Despite lower commodity prices, the labor market and rents remain the main issues to be solved. Mid-term elections are playing a key role and policymakers must look determined to bring inflation under control.

Higher rates are detrimental to long-duration assets such as stocks, especially if they are trading at lofty valuations. Moreover, quantitative tightening is expected to accelerate from September, which should remove even more liquidity from markets. Water stocks have been a key component of ESG investing, and many buyers were willing to pay a premium to have exposure to this sector. As a result, valuations reached unsustainable levels, and despite the recent pullback, we are still in what I consider to be overvalued territory. For example, PHO is trading at ~25x earnings and has a price-to-book ratio of ~4, which is ~40% more than a plain vanilla S&P 500 ETF.

Besides the clear risk associated with valuations, I believe an economic slowdown remains an important topic of concern for investors. The recent earnings season provides a good glimpse into how the situation might evolve over the next couple of quarters. So far, roughly 30% of companies missed revenue expectations in Q2 2022 despite lower estimates. Weaker PMI and manufacturing data is slowly starting to show up in the market data.

Furthermore, profit margins are still way above trend. Profitability is mean-reverting over business cycles and I expect entrenched inflation and higher borrowing costs to be the main culprits leading to lower margins over the next quarters.

Valuations in the water sector remain excessive and continue to be a major factor of risk for potential buyers. It’s critical to underline that we are currently seeing tighter financial conditions across the economy, which is the inverse of the previous two years when water stocks did extremely well. Higher rates and quantitative tightening are here to stay for the foreseeable future, and they will have a negative impact on companies trading at lofty valuations, including water stocks.