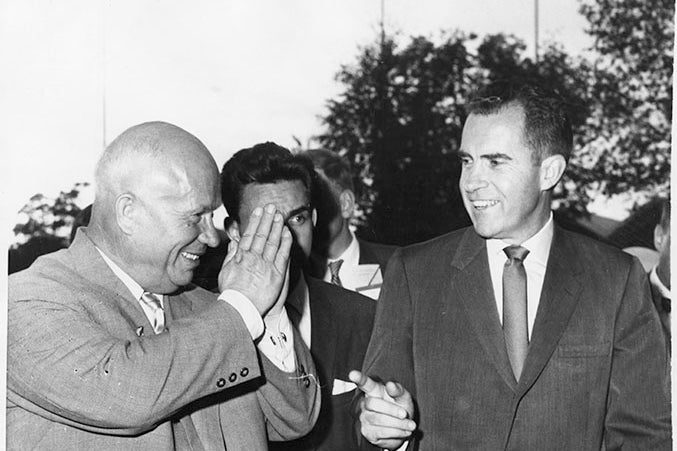 Former President Richard Nixon and his wife were exposed to potentially harmful radiation during their state visit to Moscow in 1959, according to declassified Secret Service documents.

What Happened: Nixon, then the vice president of the Dwight D. Eisenhower administration, was staying at the Spaso House, the official residence of the U.S. ambassador in Moscow, and was not informed of the threat, the documents noted.

Even the state department was only informed in 1976 after James Golden, a member of Nixon’s Secret Service, said that the detection equipment had measured significant radiation levels in and around the sleeping quarters where Nixon was staying.

Golden later revealed that the state department told him that Nixon had been exposed to “massive dosages” of ionizing radiation, produced by atomic batteries used by then Soviet spies to power bugging devices. The radiation has sufficient energy to damage cells and alters DNA.

“We … began berating the Russians in loud voices, cursing them for pulling a trick like this and wondering in loud voices why they were taking us for fools and asking each other if they thought they were going to get away with doing this,” Golden testified.

Before visiting Moscow, another secret service member had asked Nixon if he wanted the radiation-detection devices on the trip since Soviet officials visiting the U.S. usually carried one. He declined, adding that he did not want it known that the matter had been discussed.

Although the incident came to light in 1976, this is the first time the underlying documentation has been made public by the Nixon presidential library from the National Security Archive.