Roubini Sees Either US Hard Landing or Uncontrolled Inflation 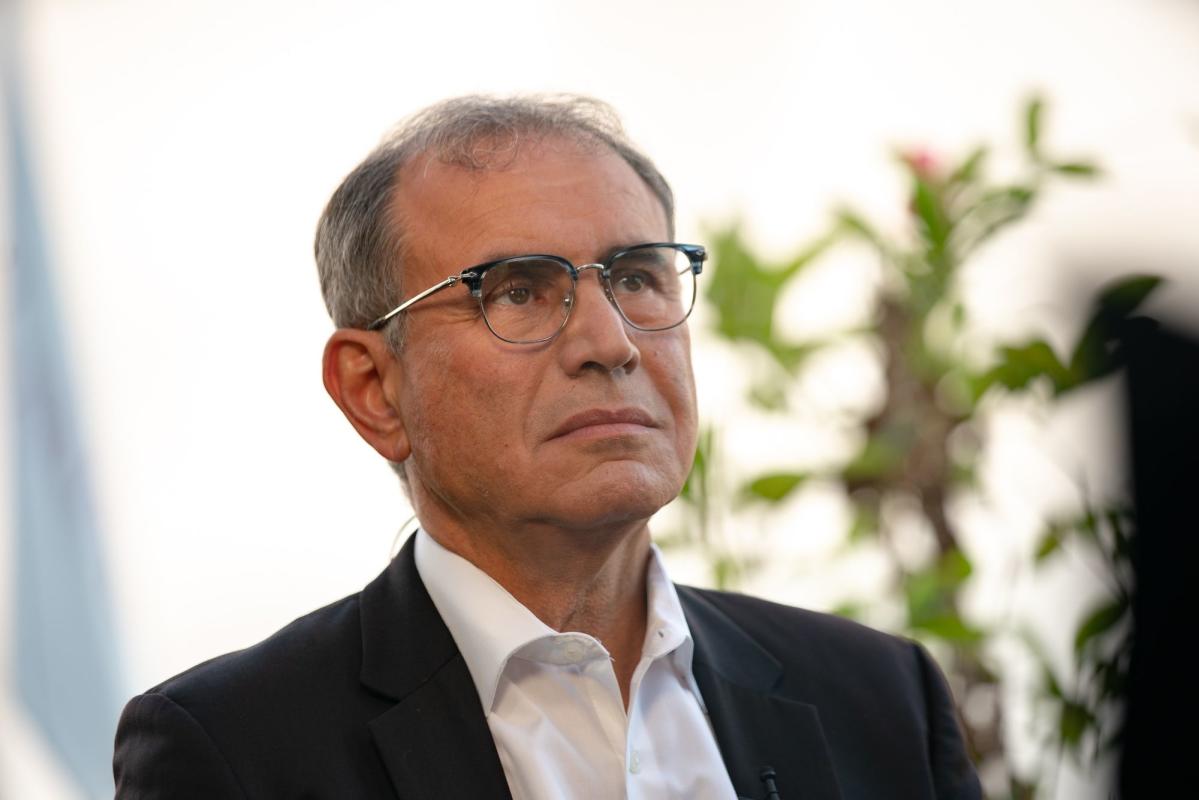 (Bloomberg) — Economist Nouriel Roubini said there are two options for the US economy, given the Federal Reserve’s most-aggressive tightening campaign in decades: an economic hard landing or inflation at a persistently elevated level.

“The fed funds rate should be going well above 4% — 4.5%-5% in my view — to really push inflation towards 2%,” the chairman and chief executive officer of Roubini Macro Associates said in an interview on Bloomberg Television’s “Balance of Power With David Westin” Monday.

“If that doesn’t happen, inflation expectations are going to get unhinged,” said Roubini, whose prescience on the housing bubble that led to the US financial crisis of more than a decade ago earned him the nickname Dr. Doom. “Or if that happens, then we are going to have a hard landing. Either way, either you get a hard landing or you get inflation getting out of control.”

The central bank’s latest dot plot of interest-rate projections published after the June policy meeting suggests that the federal funds rate will reach around 3.375% by the end of this year and almost 3.8% by the end of 2023. That’s not hawkish enough, said Roubini.

“Even if you have 3.8%, we have inflation still well above target around 8%, falling only gradually,” he said. “Markets expecting a pivot and the Fed cutting rates next year to me sounds delusional.”

Roubini joins a chorus of prominent economists, including Goldman Sachs & Co. Chief Economist Jan Hatzius, who think it will be difficult for the central bank to avoid a deep and painful recession, also known as a hard landing.

“In the US, whenever you had inflation above 5% and unemployment below 5%, the Fed tightening has led to a hard landing,” Roubini said. “So my baseline is a hard landing.”

US inflation decelerated in July by more than expected, which investors speculated took some pressure off the Fed to continue hiking interest rates aggressively. The consumer price index increased 8.5% from a year earlier, cooling from the 9.1% June advance that was the largest in four decades.

The producer price index, meanwhile, decreased 0.5% from a month earlier, according to US report last week. While some market watchers celebrated the consecutive data as evidence that inflation may have peaked, Roubini had other concerns.

“It might have peaked but the question is how fast is it going to fall? With the Fed still having real rates on the policy side highly negative, I don’t think the monetary policy is tight enough to push inflation toward 2% fast enough,” Roubini said. “We are still in a severely inflationary environment, not just in the United States but around the world.”

He added that geopolitical events may contribute to further spikes in inflation, including China’s stringent Covid Zero policy, which require authorities to shut down businesses and lock down the population in the event of major outbreaks.

Roubini also said the ongoing war in Ukraine may put pressure anew on commodity prices, particularly energy, and expressed concern on the possibility of a wage-price spiral.