Senate Passes Inflation Reduction Act: ‘One Of The Defining Legislative Feats Of The 21st Century’ 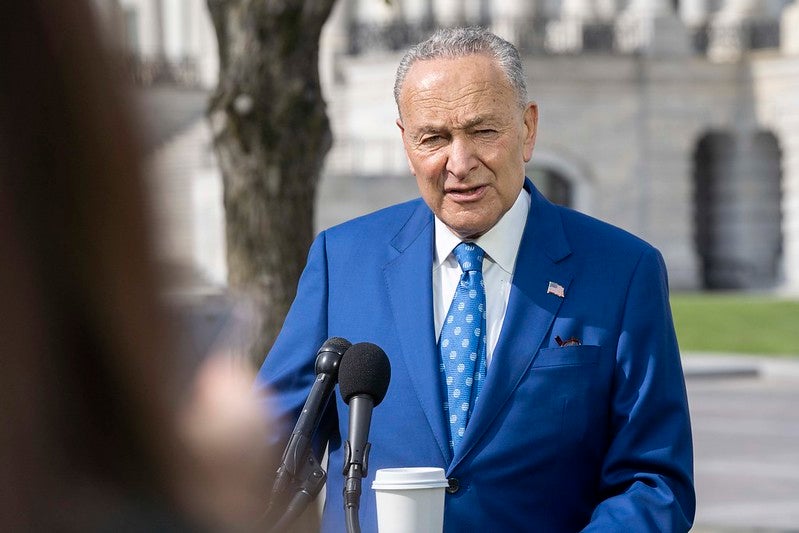 In a 51-50 vote, along party lines, the U.S. Senate passed sweeping climate and economic legislation on Sunday.

What Happened: Known as the Inflation Reduction Act, the over $430 billion spending package, will now be delivered to the House, which will be back in session on Friday following its summer recess.

Senate Majority Leader Chuck Schumer described the efforts to get the bill passed as “a long, tough and winding road, but at last we have arrived.”

“I know it’s been a long day and a long night. But we’ve gotten it done today,” he said, while speaking on the floor ahead of the final vote.

Schumer described the passage of the 755-page bill as an historic moment. “I am confident the Inflation Reduction Act will endure as one of the defining legislative feats of the 21st century,” he said.

The passage of the bill required intense negotiations with Sen. Joe Manchin, D-W.V. and Sen. Kyrsten Sinema, D-Ariz., whose support was needed to get the bill through the Senate.

What’s In The Bill: Central to the Inflation Reduction Act is $300 billion in funding to address climate change and promote clean energy.

The package raises revenue by instituting a 15% minimum tax on large corporations, while exempting accelerated depreciation. The bill also imposes a 1% excise tax on stock buybacks by publicly traded corporations.