TECS: How To Profit This August If Tech Buckles 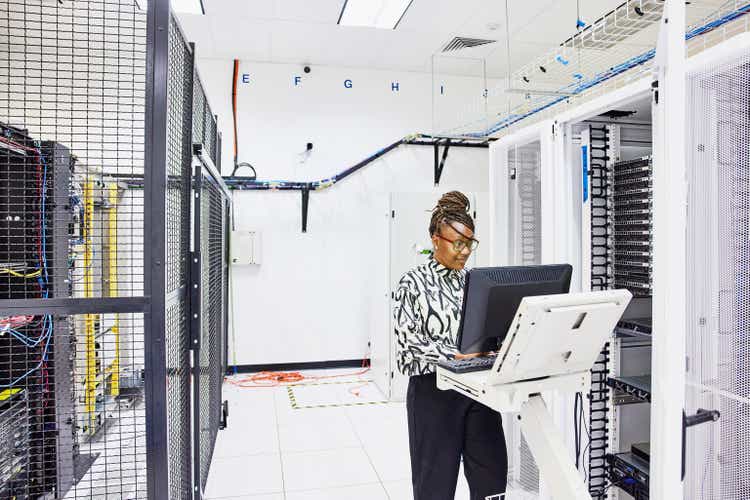 The Direxion Technology Bear 3x Shares (NYSEARCA:TECS) is an ETF falling in the leveraged funds category. The vehicle seeks daily investment results 300% of the inverse performance of the Technology Select Sector Index. When the index sells-off significantly like in 2022, TECS provides for outsized gains. We are of the opinion that leveraged funds like TECS should be used as trading instruments rather than buy and hold vehicles, with distinct holding periods and targets in mind. We view TECS as an efficient capital allocation tool for investors that have sectoral views for defined periods of time. For example, a retail investor constrained by their brokerage balance but with a bearish tech view at the beginning of 2022 could have used TECS to gain the exposure on $300 worth of capital by investing only $100.

We do not believe the equity and tech markets downturn is over. It is our opinion there might be another -10% leg left in the market before we can call it a capitulation. That broad market move should translate into another +30% for TECS. More importantly though, we do not believe there will be a v-shaped recovery in the Tech sector. Similarly to Credit Suisse’s Zoltan Pozsar we rather feel we are going to witness an L-shaped recession, which will provide for the best “medicine” to fight inflation. We feel inflation has reset at a permanent higher level and higher rates are here to stay. It will take a significant amount of time for inflation to come down to a more palatable level:

Courtesy of Bank of America we can see that even if CPI goes to 0% change month on month going forward, inflation will be nowhere near the 2% threshold by the end of the year when the forward SOFR curve implies rates are going to peak:

In effect at 0% CPI M/M we are going to need at least 1 year for numbers to go down to historic levels. Do we even expect 0% CPI month on month? No.

We are of the opinion that rates will stay higher for longer this time around and that the Fed is committed to seeing inflation figures come down substantially before lowering rates, even with the price of a mild recession. Technically we are in a recession as we speak, with two quarters of contracting GDP figures. However, the labor market is strong, consumer balance sheets are in good shape, and the political apparatus is quick to point out that it is really not a recession when “Help Wanted” signs abound. This macro setup translates into higher discount rates and lower valuations for tech companies.

We believe the July market re-bound was the result of oversold conditions from June and we are going to resume the move lower in this bear market. The catalyst for the tech outperformance we saw post Covid, namely zero rates, is no longer there, and in effect will be a headwind going forward. Rates will stay higher for longer in today’s inflationary environment. An active, sophisticated investor can take advantage of a potential -10% leg down in tech stocks via the leveraged TECS vehicle and make a 30% return if that view materializes.

Given it is a leveraged fund, TECS does not exhibit a robust long-term return profile:

The vehicle is down more than -97% on a three year basis. 3x leverage on daily moves during a structural bull market in technology will do that to you. TECS is a trading tool to be used by active investors with very short time frames in mind. A buy-and hold investor should not consider this instrument.

But if we go back to the year to date chart we can notice a very interesting performance indicator – TECS was up 100% earlier in the year, before the July market rally. There is also a basis between the XLK performance year to date and the TECS performance which is not 3 multiplied by the XLK performance for the year. This goes back to our discussing regarding the fact that the ETF tries to replicate three times the daily move of the index. The fund fact sheet is very straightforward in disclosing this basis:

These leveraged ETFs seek a return that is 300% of the return of their benchmark index for a single day. The funds should not be expected to provide three times the return of the benchmark’s cumulative return for periods greater than a day.

TECS is a leveraged ETF which gives an investor daily investment results 300% of the inverse performance of the Technology Select Sector Index. An investor who wants to short the technology sector in a capital efficient way can utilize TECS to gain exposure to $300 of notional for every $100 utilized. We believe the strong rally in July in high beta, over-sold names was the response to oversold technical levels and we are going to witness in August a resumption of the structural bear market in this sector. We feel the inflation fight is nowhere near completion and that rates will need to stay higher for longer than the market anticipates. As a leveraged vehicle TECS is a great short term trading tool to take advantage of the next leg down. We expect another -10% in the index during the next leg down which translates to a roughly +30% performance for TECS.