US will soon find out it ‘met the technical definition of a recession’: Investment expert 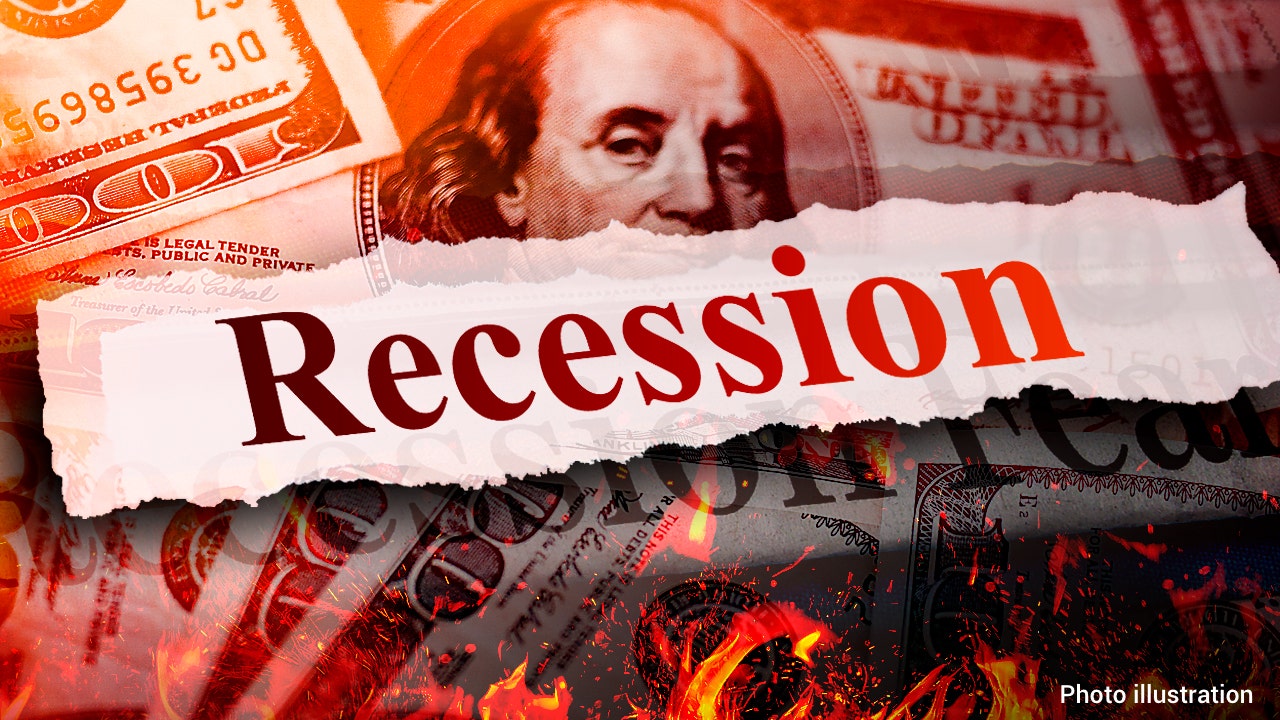 Kevin Mahn, president and chief investment officer of Hennion & Walsh Asset Management, notes that the yield curve remains inverted, which has happened prior to every recession in the country dating back to 1955.

Mahn made the forecast on “Mornings with Maria” less than a week before the Bureau of Economic Analysis releases advance estimates of second quarter gross domestic product (GDP), the broadest measure of goods and services produced across the economy.

A recession refers to a contraction in GDP activity for two consecutive quarters.

It was first revealed in late April that the U.S. economy cooled markedly in the first three months of the year, as snarled supply chains, record-high inflation and labor shortages weighed on growth and slowed the pandemic recovery.

HOW THE FEDERAL RESERVE MISSED THE MARK ON SURGING INFLATION

Investment experts weigh in on whether they believe the United States is currently experiencing a recession.  (iStock / iStock)

The Bureau of Economic Analysis said late last month, in its third and final estimate, that the U.S. economy contracted more than previously thought in the first quarter of this year.

Real GDP contracted by 1.6% in the first quarter, more than the previously estimated 1.5% contraction, according to the bureau.

The contraction marks the first drop in GDP since the second quarter of 2020, during the COVID-induced recession.

Mahn noted Friday that the yield curve has been inverted recently, which has happened prior to every recession in the country dating back to 1955.

An inversion of the yield curve is viewed by many as a signal a recession is likely to follow in one to two years. As Mahn pointed out, every recession in the past six decades was preceded by an inverted yield curve, according to research from the Federal Reserve Bank of San Francisco.

The closely watched recession predictor has been flashing red in recent months on fears that the Federal Reserve’s aggressive approach to tackling the hottest inflation in four decades could lead to a sustained slowdown in growth.

The Labor Department said last week that the consumer price index, a broad measure of the price for everyday goods, including gasoline, groceries and rents, rose 9.1% in June from a year ago. Prices jumped 1.3% in the one-month period from May. Those figures were both far higher than the 8.8% headline figure and 1% monthly gain forecast by Refinitiv economists.

The data marked the fastest pace of inflation since December 1981.

Yield curve inversions, which are rare, are viewed as a good recession predictor as it suggests that investors believe – with the interest rate on long-term bonds lower than the rate on short-term bonds – economic growth is slowing.

Kevin Mahn, president and chief investment officer of Hennion & Walsh Asset Management and Baird Investment strategy analyst Ross Mayfield weigh in and discuss whether they believe the U.S. is in a recession on ‘Mornings with Maria.’

The bond market movement comes as the Federal Reserve has been taking a more hawkish approach to fight soaring inflation: Policymakers raised rates by 75-basis points last month and recently signaled that another rate hike of the same size could be on the table at its meeting next week.

Baird Investment strategy analyst Ross Mayfield argued on “Mornings with Maria” that he does not believe the U.S. is currently in a recession even if second quarter GDP is negative.

“I think the job market is too hot. I think wages are still growing at too rapid a pace and income, real income, is still high,” he told host Maria Bartiromo.

GET FOX BUSINESS ON THE GO BY CLICKING HERE

“There are things that are weighing on the consumer and I think the market and the yield curve are telling us that we might be headed towards a recession, but I don’t think we’re in one right now because of those things I just laid out,” he concluded.