Which Congressman Did US Transportation Secretary Pete Buttigieg Clap Back At About EV Prices? 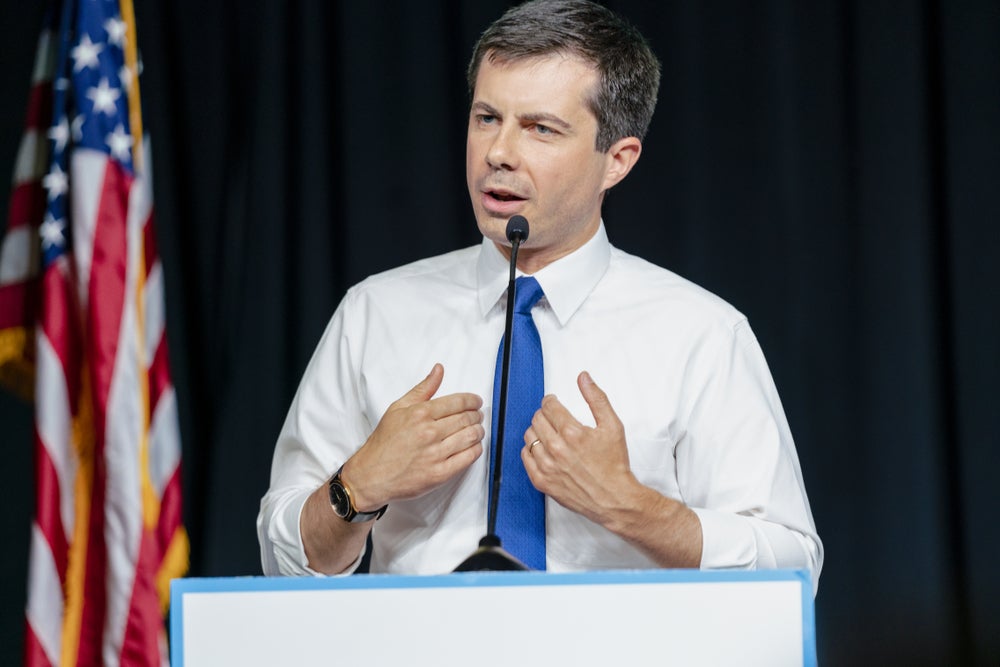 U.S. Transportation Secretary Pete Buttigieg was grilled by a member of Congress over the high prices of electric vehicles. Here’s what Buttigieg had to say and the companies he referenced.

Perry said his constituents in the state of Pennsylvania are paying 80% more for gas since President Joe Biden took office. The representative questioned a call to buy electric vehicles by Buttigieg and others because of the high price point.

“Just looking at Kelley Blue Book the price of an electric vehicle is about $55,000,” Perry said.

Perry also cited higher electric costs for residents of his home state of Pennsylvania who would then have to pay an additional $90 to $100 a month to charge the electric vehicle.

“I’m struck by this $55,000 number that keeps going around. I knew this might come up so I just pulled a few of the latest prices,” Buttigieg said.

Buttigieg cited the costs of the Chevrolet Volt at $26,595 and the Chevrolet Silverado EV at $39,900, referencing two electric vehicles from General Motors Company GM. Perry told Buttigieg later that the Kelley Blue Book prices were from last year, but should be similar to current data.

The Transportation Secretary also cited an F-150 Lightning electric pickup truck starting at $39,974, in reference to the vehicle from Ford Motor Company F.

Buttigieg told Perry that America is getting to a point where the monthly payment on an electric vehicle might go up, but not paying gas offsets the higher cost.

Why It’s Important: Buttigieg has been a proponent of electric vehicles for some time and it shouldn’t come as a huge surprise to see him publicly voice support.

Buttigieg also told Perry the U.S. needed to do a better job of sourcing materials for electric vehicles in the U.S. and from geopolitical friendly territories.

“We’ve got to change that,” Buttigieg said in reference to China controlling a portion of the supply chain.

The comments from Buttigieg highlighted some misconceptions about the price of electric vehicles.

The lowest-priced Tesla Inc TSLA vehicle is the Model 3, with a starting price of around $48,000, cheaper than the price point referenced by Perry.

General Motors CEO Mary Barra told the Associated Press the way for her company to pass Tesla for the electric vehicle market share lead is by having more vehicles at prices most consumers can afford.