Yellen sees some use for forex intervention, but not for competitive advantage 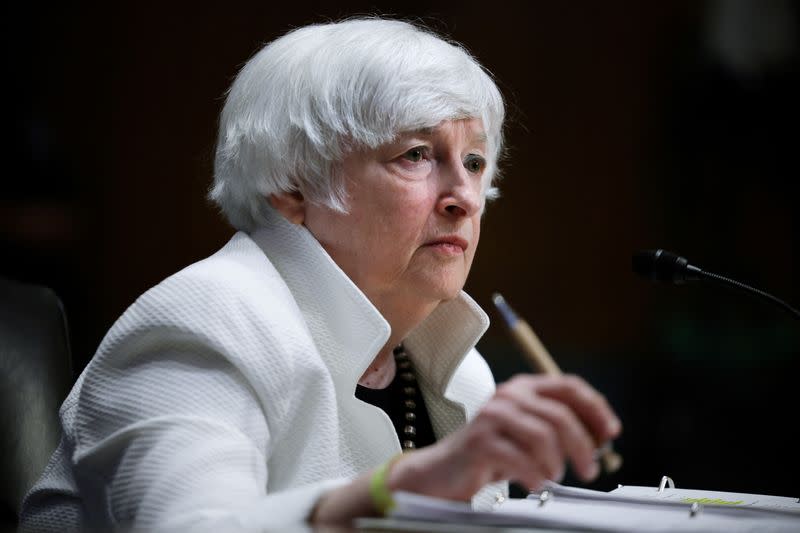 NUSA DUA, Indonesia (Reuters) – Emerging markets and low-income countries may benefit in some cases from capital flow management and foreign exchange intervention, but should not use such tools to gain an unfair competitive advantage or delay balance of payments adjustments, U.S. Treasury Secretary Janet Yellen said on Friday.

Yellen told finance officials from the Group of 20 major economies that Russia’s war in Ukraine was exacerbating inflation and harming government fiscal positions, while sparking more volatile capital flows at a time when many countries were still recovering from the COVID-19 pandemic.

Tightening financial conditions were triggering an outflow of portfolio investment from emerging markets, Yellen said, noting that it was essential for countries to maintain or bolster policy frameworks to manage the associated risks.

That meant that emerging markets and low-income countries could benefit, in some circumstances, from capital flow management, and foreign exchange intervention, alongside monetary, fiscal, and macroprudential policies.

But Yellen, who often underscores the need for market-driven exchange rates, said there were limits to the use of such tools.

“For example, it remains important that foreign exchange intervention not be used to create an unfair competitive advantage or delay needed balance of payments adjustments,” she said.