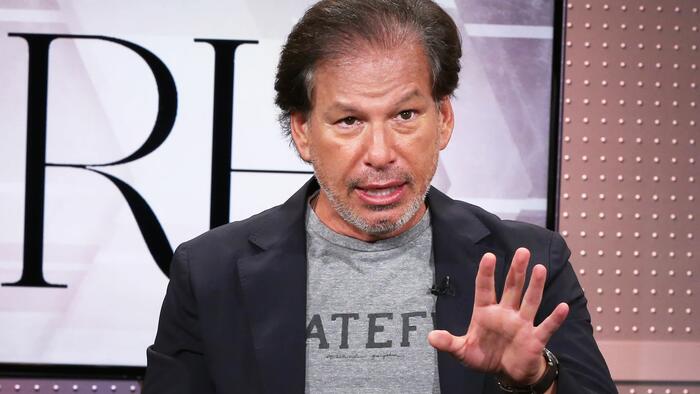 In April, RH (the stock-buyback/short-squeeze mogul formerly known as Restoration Hardware) reported dismal earnings which sent its stock plunging and prompted CEO Gary Friedman to give an ominous assessment of the overall macro situation.

While first quarter sales and margin strand to remain healthy due to the ongoing relief of our backlog, we have experienced softening demand in the first quarter that coincided with Russia’s invasion of Ukraine in late February and the market volatility that followed. We believe it is prudent to remain conservative until demand trends return to normal and — we are providing the following outlook for the first quarter of 2022.”

This was shocking at the time as it was the first direct admission of tangible weakness in consumer end-demand, and was soundly mocked by all the ‘consumer is strong’ narrative-pushers as idiocysncratically focused on RH and not systemically-based. Friedman went on at the time:

Now I was telling people, when Yellen said, we’re going back to 2%, we were just signing our new freight contracts, ocean freight contracts. I just wonder if the Fed has picked up the phone and called a business person and said, hi, what do you think is happening with inflation?

And I think you got to prepare for war. I mean if you’re going into a very difficult, unpredictable time, you just got to be super flexible, you’ve got to be able to improvise, adapt, overcome and kind of be ready for anything.

His comments unleashed a pall over the broader retail sector.

Now, five months later, Friedman is dropping more truth bombs, this time even more focused on who (or what) he blames for the worsening crisis the American consumer and economy faces.

Responding to  question about reduced Q3 guidance, Friedman started by reminding analysts on last night’s earnings call that he saw this coming (as we showed above):

…there’s nothing in our business that’s happening right now that’s surprising to us, that we didn’t see a long time ago.

But I’m also wildly realistic about things that you can know. And there’s just data and trends.

And if you look at the last time we had real inflation, most of the people that are managing a lot of money on Wall Street or foreign positions were kids. And I thought like nobody’s seen what’s happening right now. Nobody’s seen inflation like this in their lifetimes.

And that is when the fingers start to get pointed…

That’s why Powell was so wrong in the beginning. That’s why Janet Yellen was like massively blind and wrong. I mean — and Fed moved too slow, quite frankly. And now because they move too slow, we’re going to see higher interest rates than we would have if they would have moved faster.

And if I’m wrong, that’s OK. But the data is there. Now like nobody should be surprised about what’s going to happen here.

And so I mean, yes, do we look at our numbers and stuff like that? It’s all kind of irrelevant, right? What’s really relevant is we’re unseen before inflation. We’re an unseen before for most of the people in business today that are not 80 years old plus interest rate. Yes, interest rates rise. I mean like — and where it’s going to go.

I think that’s why Powell said like, OK, now we got it. We have to move because otherwise, I’m going to sit here and have a mess like Volker.

Friedman’s words echo those of the Fed Chair himself, warning that there is likely more pain ahead. But for now, retail investors remain committed by BTFD in hopes that inflation has peaked and The Fed knows it… and Powell will pivot in the face of his heartily hawkish jawboning. It sounds to us like Friedman isn’t buying the ‘soft landing’ narrative…