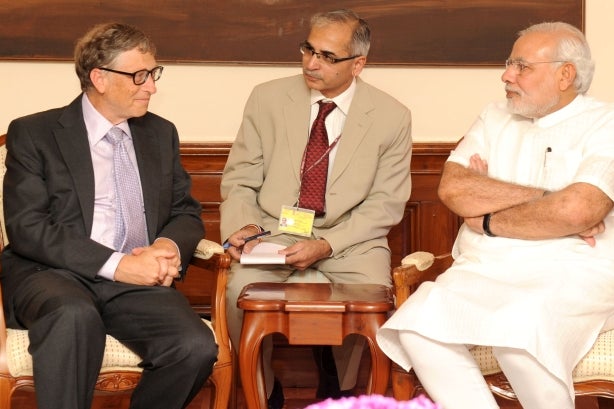 Gates congratulated Modi for the progress in some sectors achieved under his tenure.

“As India celebrates its 75th Independence Day, I congratulate @narendramodi for prioritizing healthcare and digital transformation while spearheading India’s development,” the billionaire said in the tweet.

India’s progress in these sectors is inspiring, he added. “We are fortunate to partner in this journey.”

The “Bill & Melinda Gates Foundation” is doing considerable work in India in partnership with the Indian government and other partners in areas such as healthcare, sanitation, gender equality agricultural development, and financial empowerment of vulnerable populations, according to the foundation’s website.

The tech entrepreneur has expressed support for Modi on multiple occasions throughout the latter’s tenure as the Indian prime minister.