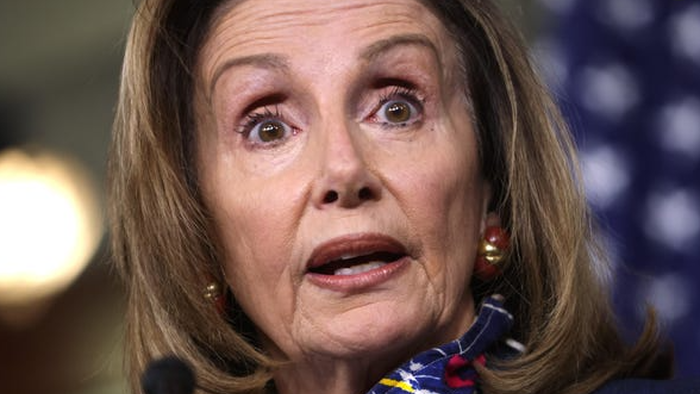 Finally, house Democrats are going to be addressing the ugly black eye of their leadership <cough> Nancy Pelosi <cough> making ungodly sums from day-trading millions of dollars worth of stock and options ahead of legislative initiatives – while, at the same time, railing on capitalism with every opportunity they get publicly.

And so House Democrats are now set to announce a proposal “to ban lawmakers, their spouses and senior staff from trading stocks”, Punchbowl news wrote this week.

“The framework, which the House Democratic leadership will release in early August, would force members of Congress, their spouses and senior staff to choose between putting their assets in a qualified blind trust or completely divesting their investment portfolios,” the report says.

And in a blow to Paul Pelosi, who has taken much of the “blame” for Nancy’s stock purchase disclosures, family members and spouses would only be able to hold mutual funds.

Democrats are looking to introduce the legislation in September and push it through the chamber that month, the report says.

Recall, just yesterday we wrote about how Nancy Pelosi had “appeared to have taken advantage” of insider information, according to former Dallas fed president Richard Fisher.

“Clearly people have taken advantage of inside information forever,” Fisher told CNBC, responding to the report.

“I’m sorry to see that Paul Pelosi and Nancy Pelosi and others appear to have taken advantage of inside information.”

The Pelosis have repeatedly come under fire for the appearance of trades based on nonpublic information – most recently buying 25,000 shares of Nvidia, which they sold at a loss amid mounting public pressure,  just one day before the Senate passed a multibillion-dollar bill to boost US chip manufacturing. Had they held, they could have exited a day later at a gain.

The disclosure of their $341,365 loss was a rare moment of specific transparency for the Pelosis, with many accusing them of taking (and then announcing) the hit to quash resurgent accusations of insider trading.

In March of 2021, the Pelosis scored $1.95 million on Microsoft call options less than two weeks before the tech giant secured a $22 billion contract to supply US Army combat troops with augmented reality headsets, while in January of the same year, Paul Pelosi bought up to $1 million of Tesla calls before the Biden administration announced plans to push electric vehicles.